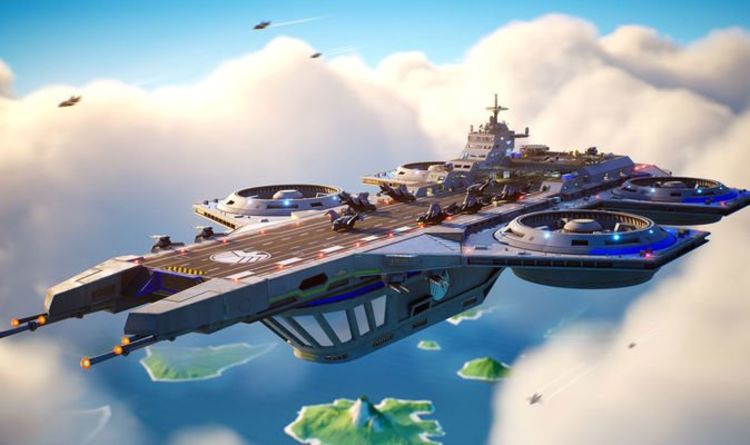 We had the Fortilla for season 3, and The Authority for season 2, and the latest HQ heading to chapter 2 looks like it’ll be the Avengers Helicarrier.

This was showcased in the Fortnite season 4 Battle Pass trailer, and looks like it will be a floating POI that players will be able to land on.

Describing it in the Battle Pass trailer, Epic Games said: “High above this strange land, it is where we’ll prepare to stand against him – Galactus”.

The other leaked POIs that have been revealed are the Sentinel Graveyard and Doom’s Domain.

Elsewhere the Battle Pass trailer revealed details on the Marvel skins that will be available in Fortnite season 4.

Besides the aforementioned Iron Man, Wolverine and Storm skins, there will also be skins for Mystique, Groot, Thor and Dr Doom.