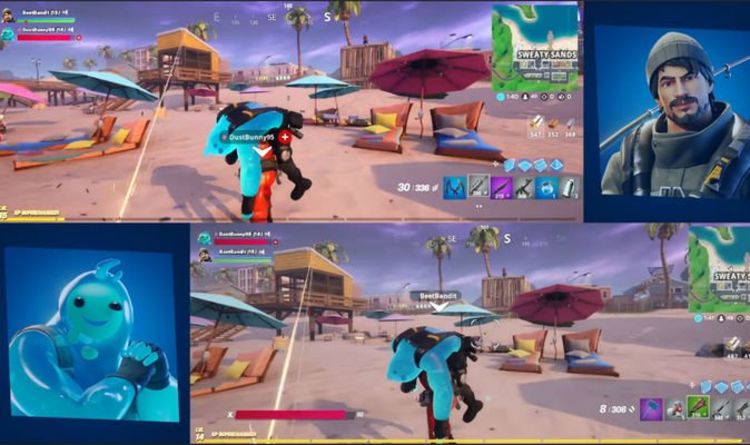 Epic Games continues to add new ways to enjoy Fortnite Battle Royale on PS4 and Xbox One. And while most fans are fed up with the current run of Chapter 2 Season 1, there’s still a few things to check out before the big update. One of those new options is Fortnite Split Screen mode, which has proven a popular addition to the Battle Royale arena on consoles. Launched back in 2019, Epic Games has made it possible to play couch co-op with friends with very little fuss.

The new co-op mode is one of the more exciting additions made to the game in recent months, But with 2020 now starting to ramp up, it shouldn’t be long before Chapter 2 Season 2 begins.

And that means a lot of gamers are probably going to be returning to the game and will want to know how to use all the latest features.

So if you’re preparing your return to the Fortnite platforms in time for the launch of Chapter 2 Season 2, here’s an easy way for a friend to join you.

HOW TO SPLIT SCREEN FORTNITE ON PS4 AND XBOX ONE

As mentioned above, Fortnite Split Screen mode is currently available to use on PS4 and Xbox One.

Split-screen makes it possible to share your TV screen with a friend while playing Duos and Squads.

The downside to this is that your screen gets cut in half, horizontally. And as you can imagine, this makes Split Screen easier to use on bigger TVs.

To set up Fortnite Split Screen mode, gamers will need to have two compatible controllers, and they will also need two Epic Games accounts.

When it comes to using the feature on Xbox One, one of the chosen accounts will need to have Xbox Live Gold.

But it doesn’t appear that both will need this, which is good news for Microsoft fans.

The same problem doesn’t exist on PS4, as Fortnite does not require a PS Plus account to play.

Another limitation is that Fortnite gamers are only able to play Duos or Squads, as Split Screen Mode doesn’t allow gamers to share a screen in Solo Mode.

After going through these steps, you will need to connect the second controller and select to log the second player in by holding down a button on their gamepad.