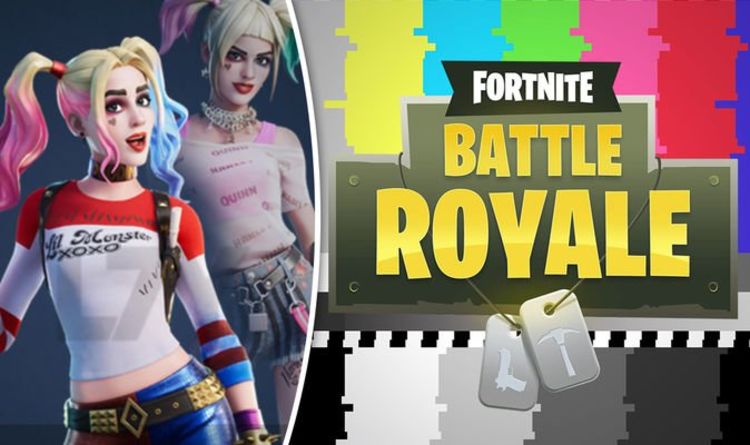 Fortnite update 11.50 has gone live alongside a lengthy bout of server maintenance.

With Epic withholding the full list of patch notes until after the game comes back online, hardcore fans have uncovered some interesting secrets about the latest update.

The big news is that the Birds of Prey tie-in is coming to Fortnite in the coming days.

As you can see from the leaked items uncovered by Lucas7Yoshi, fans will be able to purchase a Harley Quinn skin from the item shop.

The Harley Quinn skin is part of the Gotham set, and also comes with its own set of challenges.

The leaked image shows a second style option of the Harley Quinn skin from the Birds of Prey event.

In addition to the new skin, Birds of Prey fans can get the Punchline pickaxe, as well as Harley’s customary baseball bat.

According to the update 11.50 leaks, Fortnite developer Epic Games is also preparing some kind of Valentine’s Day tie-in.

Fans will be able to pick up the Infatuation Pack, as well as the Lovethorn skin and

There’s even a new luvvy Back Board style, as well as a couple of fresh emotes.

The Valentine’s skins will seemingly be part of the upcoming Love and War LTM.

The Love and War LTM comes with a host of challenges and rewards. Players will be tasked with healing teammates with a bandage bazooka, and thanking the bus driver in different matches.

Other challenges involve planting and defusing bombs, purchasing items from vending machines and dealing damage to opponents. You can see the full list of Fortnite Love and War challenges below…

• War: Plant or Defuse a bomb in Search and Destroy matches (2)

• War: Eliminate opponents or revive teammates in a single match (3)

- Advertisement -
Facebook
Twitter
Pinterest
WhatsApp
Linkedin
ReddIt
Email
Tumblr
VK
Previous articleHigh blood pressure: Working this many hours a week may increase risk of condition
Next articleGmail dark mode is vanishing on some smartphones and could be costing you battery life