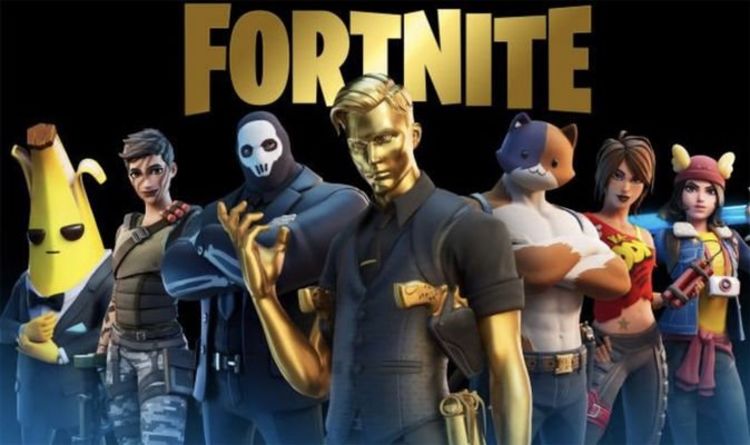 UPDATE: Fortnite downtime has officially started, which means you can now download the season 2 update.

And you’d better start downloading now, because update 12.00 weighs in at a massive 26GB on Xbox One. The Nintendo Switch download weighs in at around 15GB, while the PS4 update is around 8GB.

The new season features a secret agent, James Bond-style theme. The map has been updated accordingly, with a new agency HQ and supervillain hideout joining the fray.

Players will also be able to create and customise their own skins.

Of course, fans won’t be able to jump into the action straight away, but will instead need to download a huge update during server downtime.

The Fortnite servers are currently offline, which means you can download update 12.00 right now.

One of the biggest updates since the previous season, update 12.00 makes changes to the map, introduces new items and fixes a ton of bugs.

As you can see from the early update 12.00 patch notes below, this includes a fix for delayed movements, blocked inputs and more.

Epic has fixed a problem with players experiencing a crash when selecting the Controller settings menu.

Elsewhere, players should no longer get stuck on loading screens, and will be able to select traps.

You can see the early patch notes below. Express Online will update the story when new items, map changes and patch notes are revealed.

• Delay in movement after using movement key to exit inventory.

– Using one of the movement keys to exit the inventory can cause a delay when subsequently trying to use one of the keys to move.

• Temporarily unable to move or do any other action after Emoting.

– Players may be temporarily unable to move or do any other action after Emoting.

– PC players who receive a party invite before getting to the lobby may get an error message that says:

– Could not join party

– Note: This issue only occurs if the player who sent the invite sent it through Party Hub. The PC player will be unable to accept subsequent invites from that player until they relaunch their game.

• Refunding can block input in the lobby.

– Players can get stuck in the Lobby with no inputs being recognized after Refunding a purchase.

• Picking up DBNO teammate when trying to switch to Pickaxe.

– Pressing the button to switch to the Pickaxe may instead result in picking up a DBNO teammate.

• Crash when selecting Controller settings menu that may result in blank controller layout.

– Players may experience a crash when selecting the Controller settings menu.

– This crash may result in players’ controller layout becoming blank.

• Unable to select traps with a controller when ‘Pick up’ indicator is on-screen.

– Players may be unable to select traps with a controller when the ‘Pick up’ indicator is on-screen.

• Getting stuck on loading screen after accepting invite before selecting game mode.

– Players may get stuck on a loading screen after they accept an invite before selecting a game mode.

– When selecting a Friend in the Social menu, the Friend sub-menu may either close prematurely or not open.

– The Social menu may also scroll itself back to the top.