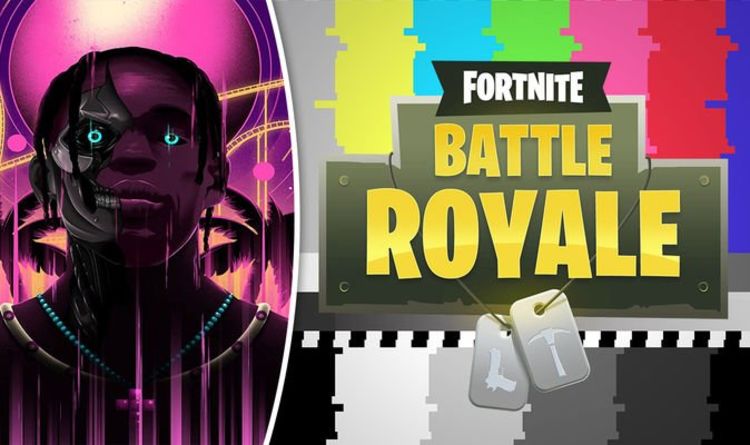 Epic Games has confirmed that the new Fortnite patch has an April 21 release date on consoles and PC.

Fans can download the update during a period of server downtime, which has a 7am start time in the UK.

According to the early patch notes, the new update will address one or two minor issues.

This includes a fix for the problem when double-clicking item in the Chest tab, which may cause the game to crash.

But the main point of the update is to lay the foundation for the imminent Travis Scott Astronomical event.

The upcoming event takes place between April 23 to April 25. It features the world premiere of a brand new song.

“From April 23-25, blast off into a one of a kind musical journey featuring Travis Scott and the world premiere of a brand new track,” reads the official description.

“Astronomical is an other-worldly experience inspired by Cactus Jack’s creations, built from the ground up in Fortnite.”

The update will also introduce the new challenges coming to Fortnite ahead of the event.

The first wave of Astronomical challenges will kick off on April 21. Fans will be able to unlock items and emotes by completing the tasks.

Players will also unlock the Astroworld Cyclone Glider and two loading screens just by attending the concert. These items will be added to the game with update 12.41.

As for the update 12.41 patch notes, Fortnite fans can check them out below. Express Online will update the article when the update goes live.

– Local Challenges may not appear on-screen when players enter a new area.

• “Block damage with a Kingsman” Challenge not tracking progress.

– Skye’s “Block damage with a Kingsman” Challenge may not track progress.

• UI disappears if cancelling Ready Up while spectating.

– Players on controller may get stuck spectating with no UI if their “Ready Up” is cancelled.

– Weapons affected by Midas’ Golden touch will appear to be in low resolution while equipped.

• Double-clicking item in the Chest tab may cause the game to crash.