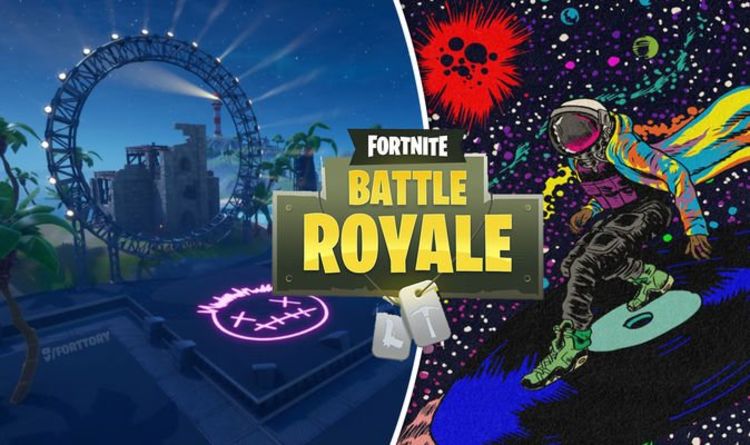 Fortnite fans are excitedly getting ready for the release of the Travis Scott Astronomical event.

As previously announced, the Travis Scott Astronomical event will take place between April 23 to April 25.

“An other-worldly experience like nothing you’ve ever seen is coming April 23-25,” reads the official Epic description.

“Fortnite and Travis Scott Present: Astronomical. A one of a kind musical journey featuring @trvisXX and the world premiere of a brand new track.”

But ahead of the new event, Epic Games is whetting appetites with the release of some new challenges.

Added to the game with update 12.41, the Travis Scott Astronomical challenges unlock a fresh batch of new rewards.

However, the emote can only be unlocked after completing all three challenges. These include dancing on The Yacht, bouncing off Astro heads and visiting the new stage.

Fortunately, these challenges are all pretty straightforward if you know where to look.

If you’re looking for the stage north of Sweaty Sands, then set your marker to location circled on the map above.

The stage is still being constructed, but it’s pretty easy to find if you visit the islands between Sweaty Sands and The Shark.

Completing this particular challenge unlocks the exclusive new banner, so it’s well worth a look.

You can see the remaining Travis Scott Astronomical challenges below.

• Complete Any 3 Challenges to Unlock the Reward

Completing the challenges unlocks an emote, banner, spray, and loading screen. You can take a look at the rewards in the image above.