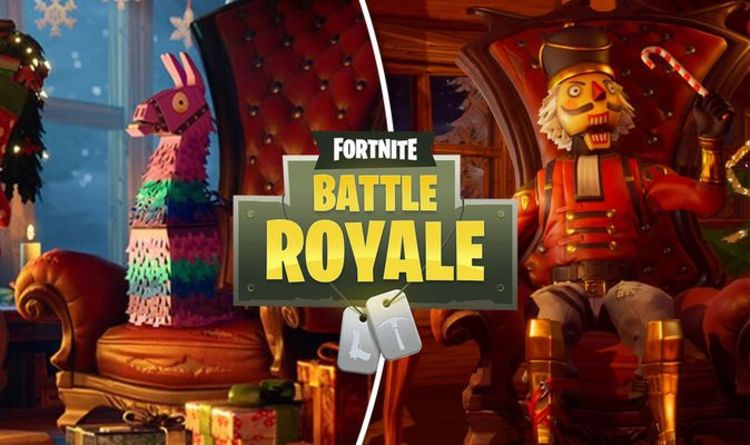 Fortnite fans are counting down to the start of the Winter Wonderland event for 2019.

The next Fortnite Christmas event takes place on December 17 for PS4, Xbox One, Nintendo Switch, iOS, Android and PC. It ends a three weeks later on January 6.

There’s no official start time for the event, but these things typically kick off at around 1pm UK time – similar to the challenges.

The great thing about the Winterfest is that players can unlock lots of free rewards by completing challenges.

Better yet, you can earn treats simply by logging into the game and opening free presents in the lobby.

Dataminers have also discovered plans to unvault different weapons each day during the event.

This includes the Heavy Sniper, the Double Barrel, the Drum Gun, Flint-Knock Pistol and Stink Bombs.

Perhaps the most intriguing part of the Winterfest event is the addition of challenges.

Needless to say, the Fortnite Winterfest challenges are all extremely festive, revolving around stoking fires and hiding inside Sneaky Snowmen.

You can earn rewards by warming yourself by the fireplace in the Winterfest Cabin and by dancing at Holiday trees in Named Locations.

Rewards include the Falling Snow Wrap, the Crackdown music pack, the Snowy Pickaxe and the 2020 Glider.

You can see the full set of Winterfest 2019 challenges below.

• Eliminations with an Unvaulted Weapon (5)

• Hide inside a Sneaky Snowman in different matches (2)

• Warm yourself by the fireplace in the Winterfest Cabin (1)

• Deal damage to an opponent with a Lump of Coal (1)