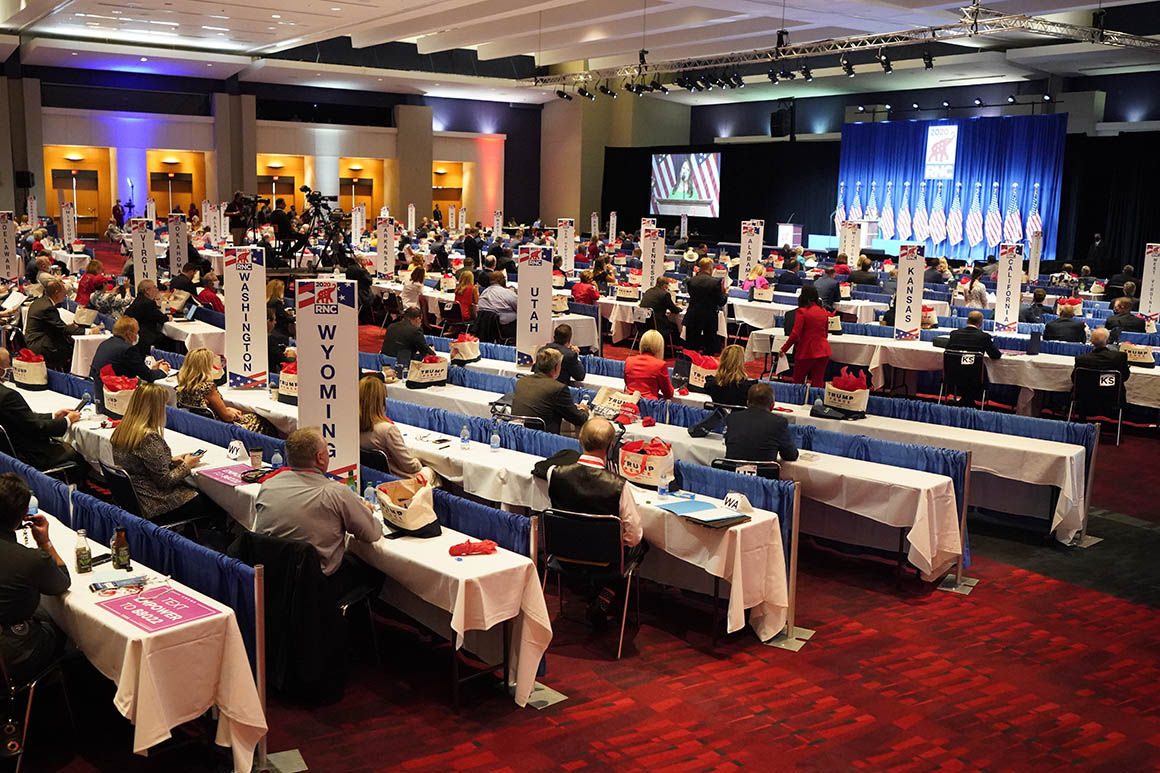 “The RNC had diligent safety protocols in place, including testing all attendees before arriving in Charlotte, and again upon arrival,” Ahrens said.

The location for the convention shifted around the South in the lead-up to the convention amid safety concerns about having thousands of cheering supporters in close proximity during the pandemic. Initially slated for Charlotte, the convention location was moved to Jacksonville, Fla., in June after North Carolina Gov. Roy Cooper said a Charlotte rally would need to be downsized to accommodate coronavirus guidelines. Those plans were canceled in July with President Donald Trump acknowledging, “it’s just not the right time” to hold a “big, crowded convention.”

The convention ended up being split between Charlotte and Washington, with several speakers participating remotely. Convention organizers said there were regular temperature checks and wellness questionnaires, as well as mask and social distancing requirements. Attendees were instructed to wear a safety fob to monitor their health.

But during the Trump’s final address Thursday night to accept the party’s nomination, attendees were closely packed together with little space for social distancing on the White House South Lawn. Few attendees could be seen wearing masks during Trump’s address.

There are a number of different types of dementia, and the most common in the UK is Alzheimer's disease. Diagnosing the condition early could help...
Read more
Health

Pancreatic cancer symptoms: Can you feel that? First noticeable sign

Pancreatic cancer is a disease whereby cancerous cells form in the tissues of the pancreas - an organ in your abdomen that lies behind...
Read more
Health

Alzheimer's Research UK stated: "One in five people who have a stroke go on to develop dementia." Other health conditions that put a person at...
Read more