France coronavirus lockdown: Paris bans all outdoor exercise between 10am and 7pm 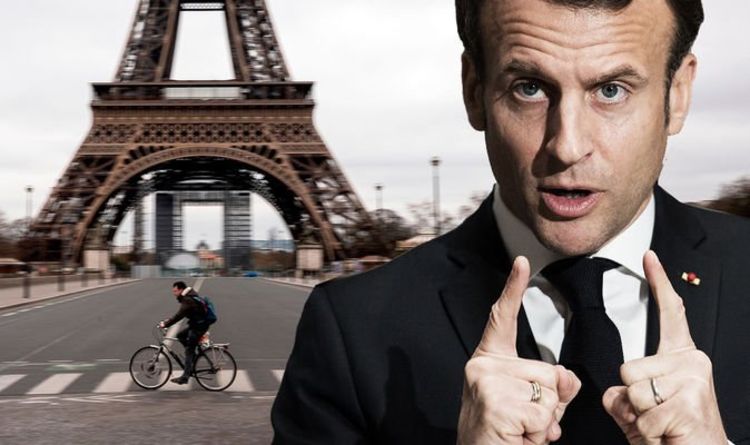 The French capital’s residents have now been banned from outdoor activities between 10am and 7pm, the city’s mayor has announced. Over the weekend Parisians were warned not to succumb to the temptation of the sunny weather and remain indoors to help fight the spread of COVID-19. With no sign of the disease slowing down, Paris’ leaders have decided to extend the already tough restrictions imposed on their citizens.

The drastic move came after many French politicians and doctors expressed dismay at Paris streets being filled with people jogging or groups congregating near markets.

In a joint statement, Paris’ police and mayor’s department said from Wednesday outdoor sports would be ban between 10am and 7pm.

People looking to go for a walk or run around the city would have to do so between 7pm and 10am.

France has placed its residents under a strict lockdown, confining them to their homes, since March 17.

The measures have been extended to April 15, and are likely to be extended again.

Under the restrictions, all non-essential trips from home were banned.

People were only permitted to leave their homes with a signed and dated permission slip in order to go shopping for vital supplies, access healthcare, to walk the dog or brief exercise.

The latest death toll from the coronavirus in France stood at 8,911 on April 6.

France reported 833 coronavirus-related deaths yesterday, the highest in the country since its outbreak began.

The health ministries data recorded a 10 percent jump in deaths, both in hospitals and care homes, over the 24-hour period.

Europe remains the epicentre of the COVID-19 outbreak, which has claimed more than 50,000 lives across the continent.

Italy is the worst-affected country in the world, with over 16,000 deaths related to the disease being reported.