France hits out at the Netherlands over failed eurozone rescue talks – 'Shame on you!' 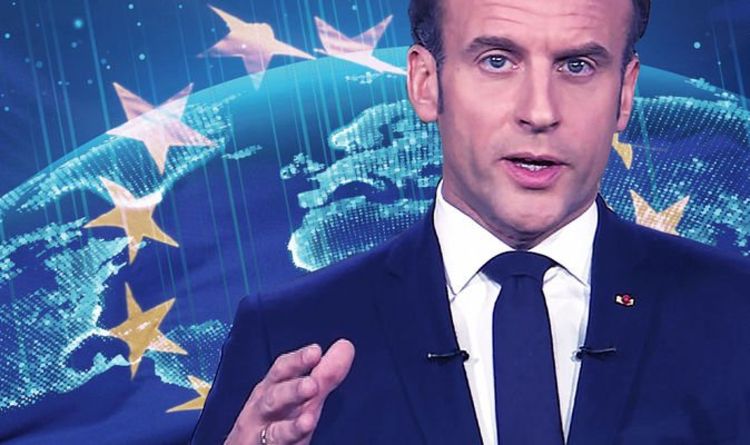 President Emmanuel Macron’s aides claimed the Dutch government was alone with its opposition against allowing Brussels to provide credit without political strings and to create a mechanism to share borrowing costs to rebuild economies. Elysee Palace officials claimed the Dutch position is incomprehensible and warned it could not continue with its stance. During 16 hours of talks last night and this morning, eurozone finance ministers pondered countless draft agreements over how to rebuild the EU’s single currency bloc after the global pandemic passes.

Many supported the use of the €410 billion European Stability Mechanism (ESM), which is underwritten by national guarantees, to provide emergency loans with few political conditions.

Under the plan, credit lines would not include the usual inspection of government accounts or prior commitments to spending cuts or structural reforms as a price for accessing the emergency funds.

French finance minister Bruno Le Maire insisted member states need to be able to access the bloc’s bailout measures without political strings attached to deal with the impact of COVID-19.

He told reporters: “The European Stability Mechanism was created to deal with a crisis. What we are facing? A deep serious crisis.

“Therefore it is indispensable to be able to use this European Stability Mechanism without adding conditions that could be seen as a provocation by certain member states and aren’t necessary.”

Taking aim at his eurozone colleagues, Mr Le Maire added: “As we are counting deaths by hundreds and thousands, finance ministers are playing with words and adjectives.

“We should have a common understanding of the gravity of the crisis… We will be judged severely first by the markets, then by our population.”

But during the meeting, the Dutch continuously rejected the use of the EU’s ESM bailout fund for economic recovery without tough conditions to “take necessary measures to correct budgetary and other imbalances once the crisis is over,” according to a source.

Dutch finance minister Wopke Hoekstra insisted the Netherlands was against allowing mutualised debt from being issued without preconditions if the ESM is going to be used in the recovery process.

“I think it is reasonable and sensible that providing money goes hand in hand with reforms and agreements,” he said.

Cash-stricken Italy, with the support of Spain, France and six others, are pushing for the EU-issued bonds to share the debt burden of the post-pandemic recovery of their economies.

MUST READ: EU divided: Talks to save bloc’s economy from COVID-19 collapse

Another Brussels source said the atmosphere between member states had become “very toxic” because of the difference in positions between richer northern member states and their poorer southern neighbours.

They added: “It’s a matter of principle and perspective, and that’s never good for compromise.”