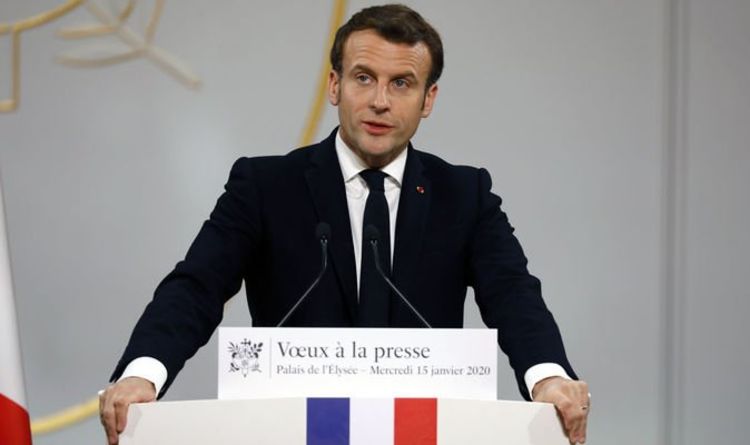 The Government’s plan to merge the country’s 42 separate pension schemes into a universal system and scrap special regimes has sparked a weeks-long protest movement. “M Macron has already lost the battle for public opinion,” M Quatennens, of the opposition La France Insoumise (LF) party, told Europe 1 radio when asked to comment on the government’s plans to streamline the country’s complex pension system.

“Pension payments will be cut” because of the changes, he continued.

Despite being hit with a barrage of criticism over his pension plans, M Macron has stood his ground and wants the bill to be voted into law before the summer.

But his determination to push through unpopular proposals has irked the opposition, which remains largely opposed to his reform agenda.

“I am extremely disappointed in the president,” former conservative interior minister Brice Hortefeux said on Wednesday.

The French economy unexpectedly contracted in the final quarter of 2019 as manufacturing output plummeted in the face of mass rolling strikes over the reform, data from the INSEE statistics agency showed on Friday.

The slowdown is a blow for M Macron, who has so far been able to point to strong growth and job creation to justify his pro-business reform agenda.

While M Macron has refused to ditch the reform; hardline unions have shifted to more radical – sometimes violent – actions in a bid to revive the protest movement and step up pressure on the government.

The overhaul does away with France’s 42 separate pension schemes in favour of a single, points-based system, with every worker earning points based on their earnings.

The myriad special benefits discourage job mobility, according to Mr Macron, for whom the reform is part of a wider plan to loosen France’s strict labour market.

The 42-year-old leader had also hoped to create incentives to make people work longer, notably by raising the age at which a person could draw a full pension by two years to 64, but the measure was slammed as a red line by unions.