France strike: Is it safe to travel to Paris amid pension protest chaos? 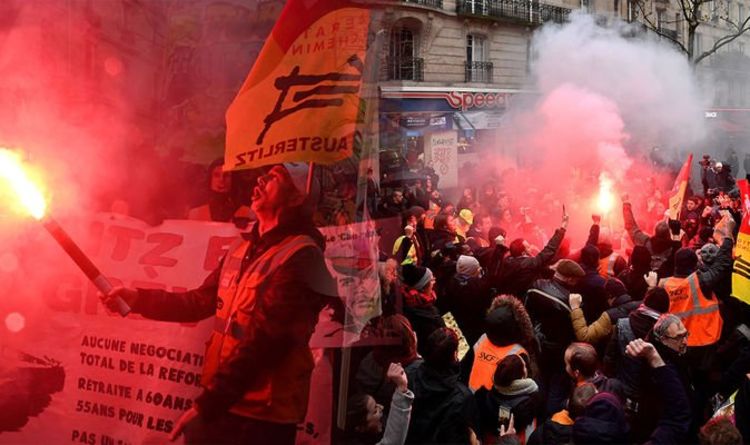 France has been hit with a wave of angry protestors as national strikes rage on for the second week. Protestors armed with flares have taken to the streets of the capital in their hundreds, with police gathering. The strikes, which began last week, are set to continue with no definitive end in sight, as the population rallies together against proposed pension reforms by President Emanuel Macron.

According to the CGT union, which is behind the strike action, there will be no break in transport strikes over Christmas unless the government backs down.

Meanwhile, as Macron pushes ahead with his controversial reform plans, French anger has bubbled over onto the streets of the capital.

With many travellers already the city, and with others planning trips to the region this month, how safe is travel?

The statement reads: “Significant industrial action is continuing across France. This is primarily affecting transport and public services, with ongoing cancellations and severe delays to train, metro, bus and tram services.

“Further disruption and cancellations to Eurostar services between London St Pancras and Paris Gare du Nord have also been announced.

“Other international rail services such as those to the Netherlands, Belgium, Italy and Germany may also be affected. Industrial action at ports may cause delays and cancellations to some cross-Channel ferry services.

The FCO added: “If you’re due to travel, you should check the website of your transport provider for the latest information before you set off.

“In the event of any disruption to Channel crossings, information about alternative routes and operators is available via this interactive map.”

As the chaos raged on Eurostar was forced to pull almost 100 trains.