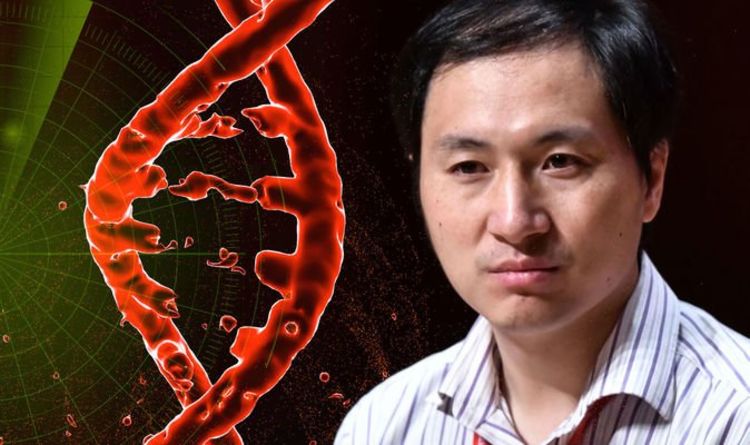 He Jiankui, then an associate professor at Southern University of Science and Technology in Shenzhen, said in November 2018 that he had used gene-editing technology known as CRISPR-Cas9 to change the genes of twin girls, Lula and Nana, to protect them from getting infected with the virus in the future. The backlash in China and globally about the ethics of his research and work was fast and widespread, with He variously dubbed “rogue,” “China’s Frankenstein,” and “stupendously immoral”, according to sciencemag.com.

He and his collaborators forged ethical review materials and recruited men with AIDS who were part of a couple to carry out the gene-editing.

His experiments ultimately resulted in two women giving birth to three gene-edited babies, according to Xinhua.

The court also handed lesser sentences to Zhang Renli and Qin Jinzhou, who worked at two unnamed medical institutions, for having conspired with He in his work, Xinhua News Agency reporting.

Zhang was sentenced to two years in prison and fined 1 million yuan, while Qin was handed an 18-month sentence, but with a two-year reprieve, as well as a 500,000 yuan fine.

The court said: “The three accused did not have the proper certification to practice medicine, and in seeking fame and wealth, deliberately violated national regulations in scientific research and medical treatment.

“They’ve crossed the bottom line of ethics in scientific research and medical ethics.”

JUST IN: EU admits fear no deal Brexit would ‘pour salt on wounds’

However, speaking after the announcement, Dr Kiran Musunuru, a University of Pennsylvania gene-editing expert, told The Guardian the results as “unconscionable – an experiment on human beings that is not morally or ethically defensible.”

Julian Savulescu, a professor of practical ethics at the University of Oxford, added: “If true, this experiment is monstrous.

“The embryos were healthy. No known diseases. Gene editing itself is experimental and is still associated with off-target mutations, capable of causing genetic problems early and later in life, including the development of cancer.”

“There are many effective ways to prevent HIV in healthy individuals: for example, protected sex.

“And there are effective treatments if one does contract it.

“This experiment exposes healthy normal children to risks of gene editing for no real necessary benefit.”

The latest developments are certain to provoke an ongoing debate about medical ethics, coming just weeks after the birth of the world’s first monkey-pig hybrids in a Chinese lab.