Freddie Mercury at the BRITS 30 years ago: His heartbreaking final words to fans 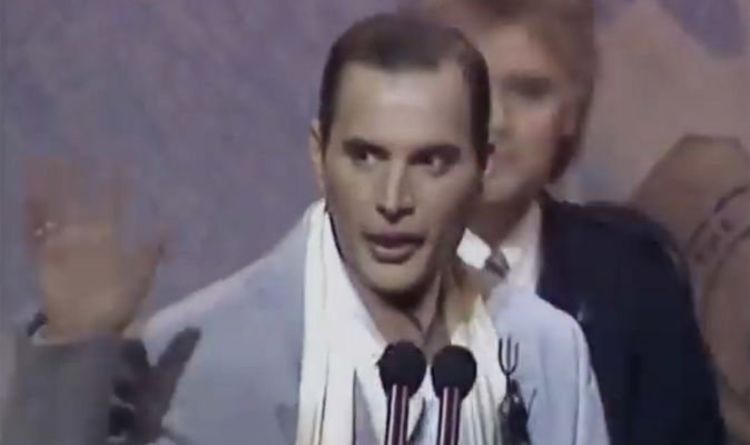 Phil Collins said: “Freddie is a one-off. You don’t get too many like him.”

Elton John joked: “If you ask Freddie how much a pint of milk is, forget it. He’d be able to tell you the price of nail lacquer.”

And then a clip was shown of Freddie himself saying, “ If I had to do it all again. Yes, why not? I’d do it slightly differently…”

At the end, when Paul McCartney says “King Mercury,” Freddie adds; “Long may she reign.”

SCROLL DOWN TO WATCH THE FULL CLP WITH THE VIDEO MONTAGE

ByBODY-swap horror comedy Freaky repeated as the winner of a seriously subdued US box office with US$ 1.2 million at 2,057 locations in...
Read more