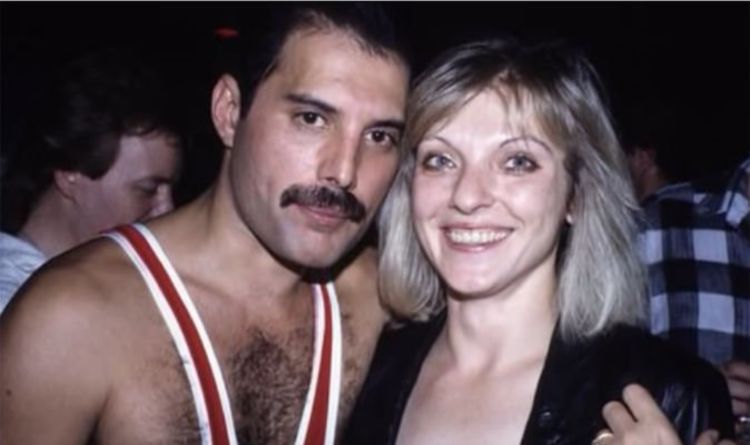 “Every person who makes a lot of money has a dream they want to carry out.” Freddie certainly made a lot of money and he was open about how much he also enjoyed spending it. He also admitted he did not need expensive gifts from people, he valued the thought behind it much more, although he said few apart from Mary ever figured that out. So, it’s no wonder that he turned to the “love of my life” to make his greatest wish come true.

Everybody knows Freddie left his incredible London mansion, 1 Garden Lodge in West Kensington, to Mary in his will. Few, though, know that Mary found the house for him in the first place.

Freddie revealed the whole story and also explained why he would leave the vast bulk of his fortune to his dearest friend.

Freddie said; “I’d been living in the same little Kensington flat for ages, so I phoned Mary from America and asked her to find a place.

“I saw the house, fell in love with it and within half an hour it was mine…

The tragedy is that Freddie probably only truly enjoyed his beautiful home at the very end.

Freddie said: “Whenever I watched Hollywood movies set in plush homes with lavish decor, I wanted that for myself and now I’ve got it.

But to me, it was much more important to get the damn thing than to actually go and live in it. I’m very much like that, once I get something I’m not that keen on it any more…

“It’s full of marble floors and mahogany staircases. It even has a garden that’s three-quarters of an acre.. in Kensington. Can you believe it?”

Freddie continued to travel endlessly for work and pleasure and lived in New York and Germany but one surprisingly prophetic and moving comment described how he knew he would end up in that house at the very end of his life.

Freddie said: “Sometimes when I’m alone at night, I imagine when I’m 50 I’ll creep into Garden Lodge, as my refuge, and then start making it a home.

“When I’m old and grey and when everything is finished and I can’t wear the costumes and jig around on stage anymore, I’ll have something to fall back on and that’s this wonderful house. “

It proved to be true, as Freddie ended his life at home, surrounded by friends and family.

Of them all, though, Mary had been the only one he trusted to find him the house that would, indeed, prove to be his “refuge” – but that is not the only reason he left it to her.

Freddie explained: “The only real friend I’ve had is Mary. She will inherit the bulk of my fortune.

“What better person to leave it to when I go?

“Of course, my parents are in my will, too, and so are my cats, but the vast bulk of it will go to Mary… she’s the one person I know who could cope with my vast wealth”

ALL QUOTES FROM NEW BOOK: Freddie Mercury: A Life, In His Own Words (£9.99) is available from Amazon