Freddie Mercury: How Mary Austin reacted when Queen star came out – in her words 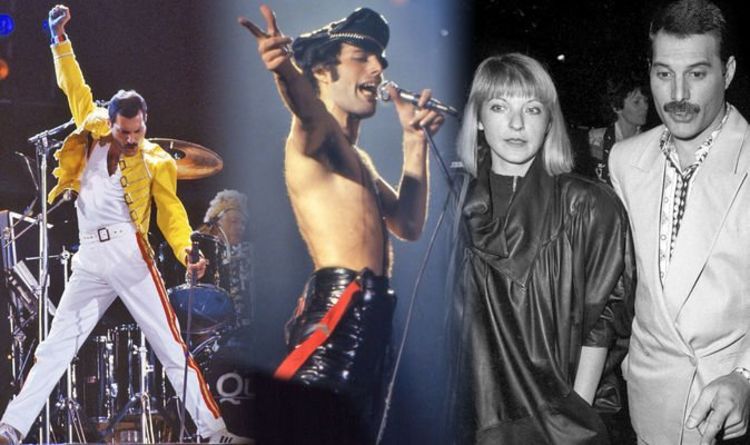 Freddie Mercury was born Farrokh Bulsara in Zanzibar in 1946 but was best known by his stage name and as part of British rock titans, Queen. The singer would go on to become one of the most famous and highly regarded musicians of all time, with hits including Bohemian Rhapsody and We Are the Champions cementing his place in history. Tragically, the Queen frontman died in 1991 at the age of 45, five years after being diagnosed with AIDS.

Throughout his life, Mercury had a number of love affairs but one of the longest was his relationship with Mary Austin.

She was working as a sales assistant at a clothing store in Kensington and was originally dating his bandmate Brian May.

However, her connection with Mercury soon became apparent and, after several months of tentatively getting to know each other, they began going out, with friends remembering their instant connection.

In a 2000 documentary, Freddie Mercury: The Untold Story, music photographer Mick Rock recalled: “[Mary] looked after Freddie but he was very considerate towards her.

“Whatever was going on, clearly that was a love affair.”

Mercury and Austin soon moved in together and he came to rely on her as one his closest confidantes.

However, after around four years, she said she started to notice a change in him.

The couple dated for six years before the Queen frontman came out to Austin.

In the documentary, she explained: “I know I realised when he first joined John Reid Enterprises. Then I really did realise why the relationship had changed.

“I didn’t know who he was with or who he was seeing but I had a good idea. But I wasn’t absolutely sure,” she added. “I knew that this man wasn’t at one with himself over something.”

Austin recounted how Mercury’s behaviour had altered as he struggled to come to terms with his sexuality.

“I could see that he was feeling bad about something, wasn’t feeling comfortable, avoiding situations, which wasn’t Freddie. These things weren’t the person that I first met.”

She also revealed how she had reacted when Mercury came out to her, telling her he was bisexual.

Freddie Mercury: Why DIDN’T John Deacon visit when he was dying? [UNCOVERED]

“It was a relief, really, to actually hear it from him,” she said. “To have surmised that was the problem probably for the last two years of the six years we were together, to know that I had more or less guessed right.”

“I felt a huge burden lifted. I enjoyed the fact that he was able to be honest and frank with me.”

Austin went on to say Mercury had returned to being himself after their open conversation about his sexuality.

“Certainly, once that had been discussed, he was a different person,” she explained. “He was like the person I’d known in the early years. He was more at one with himself.”

She added that she didn’t believe Mercury thought she would be supportive of him being gay, saying: ‘But I was because it was part of himself.