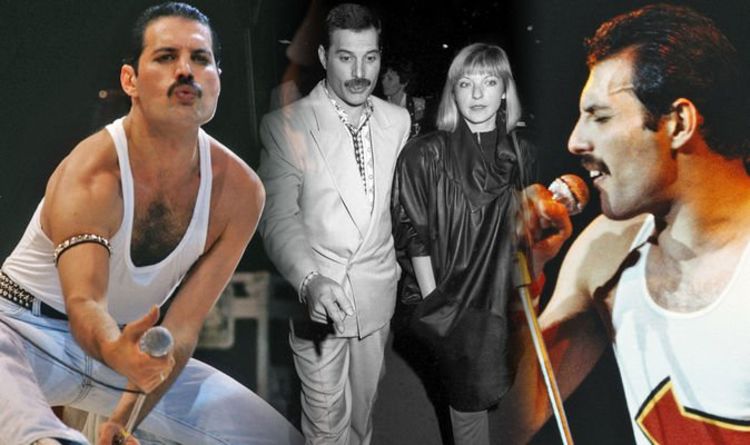 Freddie Mercury had a string of long-term relationships throughout his life, but it was his girlfriend Mary Austin who he once called “the love of his life”. The pair first met when she was 19 and he was 24. They went on to date for six years, as Queen found success in the UK charts, carving out the early years of their soon-to-be iconic music career.

Mercury even asked Austin to marry him at one point, three years into their relationship, presenting her with a jade ring on Christmas Day.

But he later went off the idea of marriage and the two never tied the not.

In the years which followed, their relationship started to change, Austin noted.

Recalling the eventual conversation in which he told her he was bisexual, she told the Daily Mail in 2013: “I’ll never forget that moment. Being a bit naive, it had taken me a while to realise the truth.”

“Afterwards he felt good about having finally told me he was bisexual,” she added. “Although I do remember saying to him at the time, ‘No Freddie, I don’t think you are bisexual. I think you are gay.’”

Austin the also revealed what else he had said during their frank conversation.

She recalled how the singer had hugged her and told her that, whatever happened, he wanted her to be part of his life forever.

On the subject of the wedding which never was, Austin remembered how he had changed his mind about marriage sometime after presenting her with the ring.

“I knew the writing was on the wall, but what writing? I wasn’t absolutely sure,” she admitted.

The situation was clarified when Mercury came out to her and he proceeded to embark on relationships with men, all while maintaining his close bond with Austin.

Mercury tragically died at the age of 45, five years after being diagnosed with AIDS.

The Bohemian Rhapsody singer kept his diagnosis private until days before his death, when he issued a public statement saying: “Following enormous conjecture in the press, I wish to confirm that I have been tested HIV positive and have AIDS.

“I felt it correct to keep this information private in order to priest the privacy of those around me.