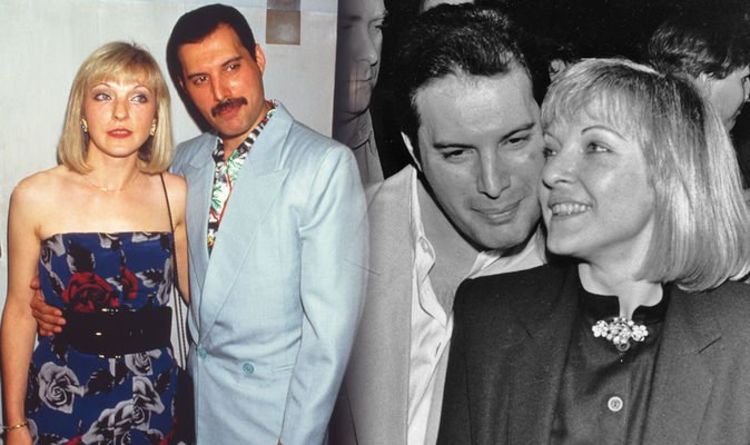 Freddie Mercury was in a romantic relationship with Mary Austin for six years and the pair remained incredibly close until his tragic death in 1991.

Speaking to OK! Magazine back nine years after the Bohemian Rhapsody singer died, Austin said: “It was the loneliest and most difficult time of my life after Freddie died.”

Recalling the hole left in her life by the loss of the Queen frontman, she continued: “I lost somebody who I thought was my eternal love.

“When he died I felt we’d had a marriage,” she added. “We’d lived our vows. We’d done it for better for worse, for richer for poorer, in sickness and in health.

Austin said Mercury’s death was peaceful and that he “accepted” when he passed, adding: “He died with a smile on his face.”

The Queen icon’s close friend Dave Clark, of the Dave Clark Five, was by his bedside when he died.

The cause of death was bronchial pneumonia resulting from AIDS.

Elsewhere, his friend Elton John recently opened up about his death in his new autobiography, Me.

Remembering the heartbreak of Mercury’s last days, John wrote: “I visited him a lot when he was dying, although I could never stay for much longer than an hour.

“It was too upsetting — I didn’t think he wanted me to see him like that. Someone so vibrant and so necessary, someone that would have got better with age and gone from strength to strength, dying in such a horrible, arbitrary way.”

“He was too frail to get out of bed, he was losing his sight, his body was covered in Karposi’s sarcoma lesions, and yet he was still definitely Freddie, gossiping away, completely outrageous,” he said.

“(Freddie would say) ‘Have you heard Mrs Bowie’s new record, dear? What does she think she’s doing?’”

“I couldn’t work out whether he didn’t realise how close to death he was or if he knew perfectly well but was determined not to let what was happening to him stop him being himself.

“Either way I thought he was incredible.”