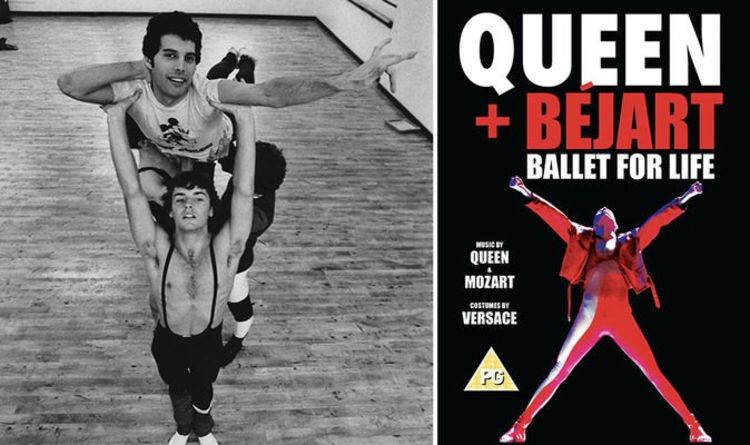 Freddie Mercury fans are in for a treat this month as Queen and Béjart: Ballet for Life becomes available to stream for free for a limited period. The Béjart Ballet Lausanne is offering the documentary film in a film series called Free To Watch films on their website from June 18 to June 21, 2020. In the trailer, Brian May said: “We had this wonderful interaction with the ballet and one of its greatest creators, how could we possibly say no.”

While Queen drummer Roger Taylor added: “We were delighted somebody wanted to do something so creative with he music.”

“At its heart is the loss of two legendary performers, Freddie Mercury and dancer Jorge Donn, both of whom died of AIDS in the early 1990s.

“Queen + Bejart: Ballet for Life by Lynne Wake and Simon Lupton tells the story of the creation and subsequent success of the ballet featuring the great and the good of both rock and ballet, including: Brian May and Roger Taylor, Wayne Sleep and Arlene Philips and of course incredible archive footage of Freddie Mercury, Maurice Béjart, Queen and Gianni Versace.”

It adds: “This film marks the ultimate fusion of Queen’s sweeping emotional melodies and the timeless ethereal grace and movement of ballet.

“It is the first and only time a full-length ballet has been paired to rock music albeit peppered with some equally well-known pieces from Mozart.

“A full-length performance of Ballet For Life, recorded at Salle Métropole, Lausanne in 1997 accompanies the documentary.

“Also included as a bonus feature is The Making Of from 1997.”

Sleep continued: “He was very daring, he’d dare to do anything.

“He wasn’t frightened of anything, but in a nice way.