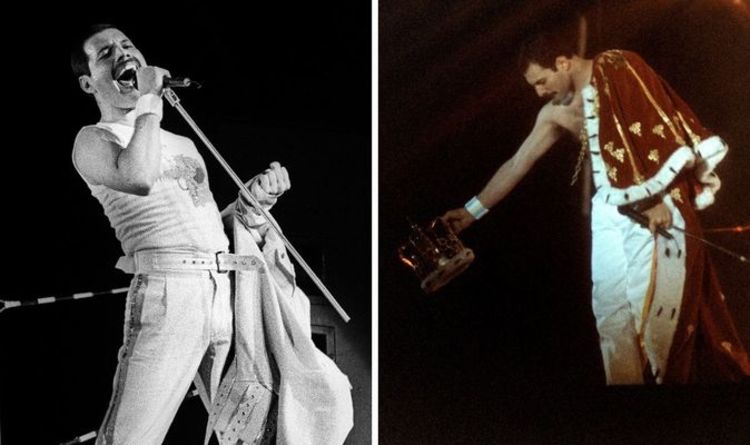 How did Freddie Mercury meet Brian May and Roger Taylor?

In the movie Bohemian Rhapsody, in which Freddie was played by Rami Malek in what turned out to be an Oscar-winning performance, Freddie met his bandmates Roger Taylor and Brian May at a gig.

In the movie, he approaches a young Brian and Roger about joining their band, to which they reply: “Not with those teeth, mate.”

In the movie, Freddie replies: “I was born with four additional incisors.”

“I’m not sure we took him very seriously, but he did have the air of someone who knew he was right.

“A while later we had the opportunity to actually see him sing… and it was scary!

“He was wild and untutored, but massively charismatic. Soon, he began his evolution into a world-class vocal talent, right in front of our eyes.”

Roger, similarly, was not sure of how incredible their new frontman would be until he looked back with hindsight.

He told the Daily Record in 2013: “We all got on pretty well but I didn’t really realise just what we had and how special he was – how he could galvanise audiences by sheer force of will.”

Evidently, there was some truth to the story of how the pair met from the movie, but perhaps it didn’t take place after a fight with Freddie’s parents, with jibes made about his teeth.

However, meeting John Deacon, the bass player for Queen, came some time later.

In 1970, while John was still studying, the other members of Queen saw the bassist playing and wanted him to come on board.

They were not massively impressed at first, according to Record Collector magazine, but a year later John and Roger met officially.

It was after this meeting that John auditioned to join Queen, which was successful, and is how he would have met Freddie, to whom he became incredibly close in later years.

Now, of course, Freddie is much missed, with Roger adding in his 2013 interview: “He’s part of our mental wallpaper. He’s a part of our fabric.

“All those years going around the world together and doing shows and making records, you get to know what each other thinks and we met him every day.

“I shall think of Freddie Mercury every day – maybe for a moment, maybe for longer.”

Scientists discover 'impossible planet' that has 'possibility for life'

staronline@reachplc.com (Sophie Bateman) An international team of astronomers are baffled after discovering an "impossible planet" the size of Jupiter – which could even host life. Of...
Read more