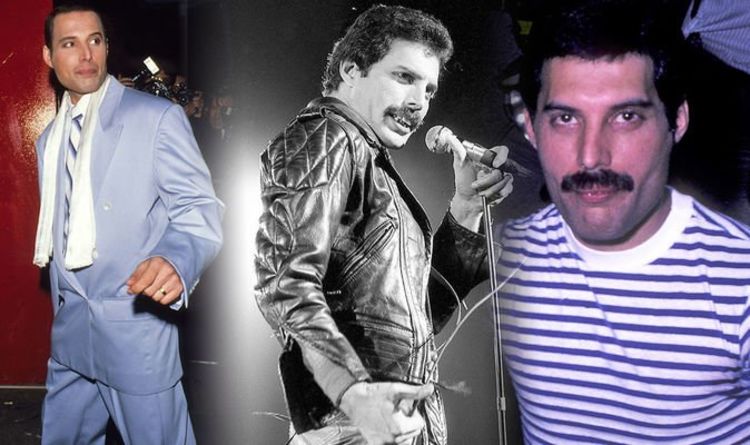 Freddie Mercury kept his AIDS diagnosis private from 1987 until just days before he died in 1991. The Queen frontman’s health began in the years which followed and in the final months of his life he was unable to perform in public. Around the time he was diagnosed, the Bohemian Rhapsody singer recorded the music video for The Great Pretender, his cover of The Platters’ hit.

In the last audio interview which he recorded before he died, Mercury opened up about his feelings as a public performer and as a private person.

Speaking to friend and film director Rudi Dolezal, the Queen star revealed he had always wanted to do a cover song but that he couldn’t with the band because they were known for original material.

“Most of the stuff I do is pretending, it’s like acting, you know?” he said. “You go on stage and I pretend to be a macho-man and all that, and then in my videos, you go through all the different characters, and you’re pretending anyway.”

“So, I think it’s a great title for what I do, and it’s sort of suited to what I was doing.

“Although the meaning in the song of how it is all to do with love, that he’s pretending about love, I sort of take it a stage further,” Mercury continued.

“The way I see it is that I’m pretending, all this is a pretence, and it’s just fun.”

Dolezal asked the Queen singer if he saw rock ’n’ roll as a game he played instead of “being in [his] own life”, prompting a poignant response from Mercury.

“When I go on stage I’m acting out a certain role,” he explained. “When I come off it, I mean, I don’t carry on that way, otherwise I’d be dead, you know? So it’s like a pretence.

“I wanted to show people that all these different roles that I was doing in video was a kind of pretence, that I was pretending,” he said.

“To bring them back I had to sort of choose key roles that I did in the past, and then to try and marry them with the word ‘pretender’.”

During the last weeks of his life, Mercury was cared for at home by a group of his closest friends.

Among those who looked after the ailing star at his West Kensington mansion were his longtime PA and friend Peter Freestone, personal chef Joe Fanelli, old pal Dave Clark of The Dave Clark 5 and his confidante and former lover Mary Austin.

His boyfriend Jim Hutton, whom he had been in a relationship with for seven years, was also one of the group who took it in shifts to sit at Mercury’s bedside to ensure he was never alone.

ByST. LOUIS — The Cardinals continued to tidy up their 40-man roster on Friday afternoon, restoring four players to the roster and parting ways with...
Read more

Cruise news: Holidays to restart in US after CDC lifts no-sail ban

ByCruise holidays came to a halt on March 14 after being issued with a “no-sail” ban by the CDC. This restricted all cruise travel...
Read more

ByHe explained: "I've spoken to Maisie at the studios, but the thing is legally I'm not even allowed to go near her. "So, for now,...
Read more