Freddie Mercury: 'We CAN'T do that' How Queen singer ignored... 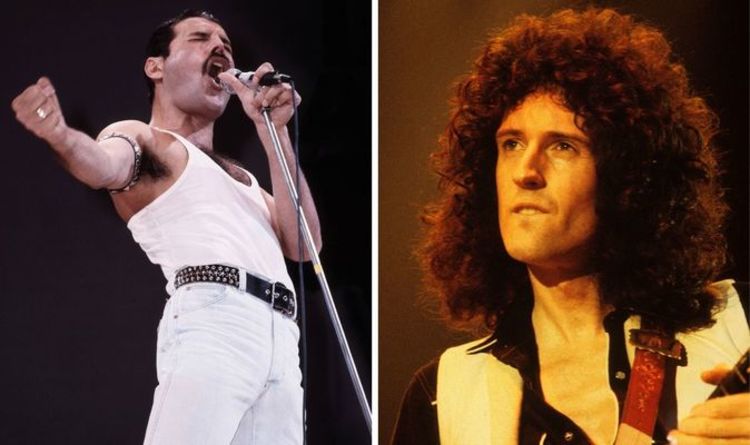 Freddie Mercury made a name for himself as one of the most outlandish and fabulous frontmen in rock music during his incredible career with Queen. Alongside Brian May, Roger Taylor and John Deacon, he penned some of the most lauded songs of all time prior to his tragic death in 1991. But there was one idea which made guitarist May slightly nervous.

In his latest micro-concert on Instagram, Queen star May talked fans through the riff for their 1976 hit Tie Your Mother Down.

The video showed him slowly walking viewers through the epic riff, while, in the caption, he explained how he had written the songs.

“A riff for beginners,” he wrote. “I ‘discovered’ this riff on a volcanic ridge in Tenerife as a student living in an observatory hut.

“I could hear the words in my head, ‘Tie Your Mother Down’,” May explained. “I remember that when Freddie first heard the riff, he liked it.”

READ MORE: FREDDIE MERCURY ‘NEVER SANG BETTER IN HIS LIFE’ THAN THIS SONG

The Bohemian Rhapsody singer died on November 24 that year at the age of 45.

Elsewhere, May has been keeping Queen fans engaged and entertained with his micro-concerts on Instagram during the coronavirus lockdown.

The 72-year-old rockstar is considered a vulnerable person due to his age and is under advice to remain in isolation for the full 12-week period.

However, he’s been using music as an outlet to keep his spirits high and has been vocal about encouraging others to do the same and to stay at home to save lives by helping to suppress the peak of the virus in the UK in order to ease pressure on the NHS.