FREE petrol this week – Only 10,000 people can snap up this offer to get pump discounts 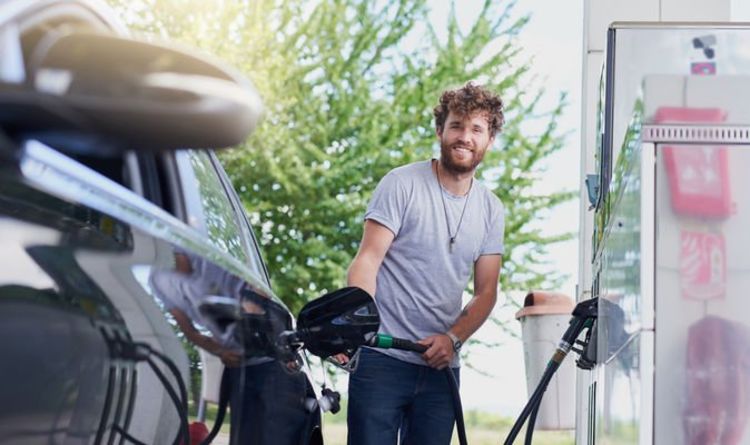 To claim the free petrol offer, motorists need to top up a vehicle with at least £10 worth of fuel and keep a receipt as proof of purchase. Motorists then need to send a picture of their receipt to TopCashback with the time and date of a fuel purchase included. You must also show which petrol station the transaction was made at so TopCashback can process the request. Motorists can then receive £10 cashback and effectively get their petrol bill completely free.

He added: “Drivers can always tell when pump prices are too high as they will see supermarkets offering them significant money off at the pumps after spending certain amounts in-store.

“We realise there is a real customer loyalty benefit to them doing this which means there is a little incentive for other retailers to drop their prices.”

Their Fuel Watch study currently puts the average price of diesel at 130.88 p per litre and the cost of petrol at just over 127p per litre.

The RAC estimate this is very likely to come down as the fuel war between the companies continues to take strength.

They also said prices were down for a second consecutive month in October as average prices have dropped by just under one penny.

Williams added: “We really need to see the supermarkets start knocking off significant amounts at the pumps in the next week.

“But we know from experience that 3p a litre is the most they tend to do in one go. If that doesn’t happen, drivers should feel cheated.”

TopCashback has warned motorists failure to identify these three factors will result in a claim being rejected and they will not be able to use the offer.

Customers can get involved with the scheme if they have purchased petrol from any of the dozen firms signed up. Companies include major retailers and global fuel giants to give a wide choice to customers.

Interested motorists need to get involved in the scheme as soon as possible as Top Cashback warns they have a redemption limit of 10,000.

They say your image must be submitted before 10,000 people to secure the offer which is only valid until the 3 November.

The excellent saving comes just days after retailers lowered prices in a fuel price war after a damning verdict from the RAC.

Tesco, Asda, Morrisons and Sainsbury’s all cut prices by up to 3p per litre as the battle for the cheapest forecourt prices commenced.

Tesco customers can also save an extra 19p per litre in fuel this week if they spend £60 or more on groceries in-store and online up to 27 October.

The price cut was sparked after RAC chiefs demanded a reduction in costs after revealing UK motorists pay 7p per litre more than they should do.

RAC fuel spokesman, Simon Williams, claimed a driver filling up a 55-litre family car is paying £3.85 more on fuel than what they should do based on the wholesale price of oil.