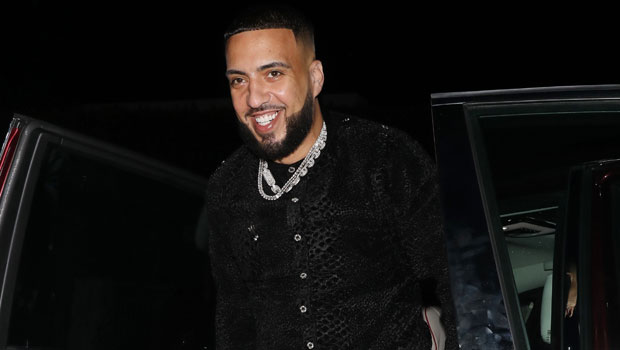 A year after a medical scare caused French Montana to quit drinking and focus on his health, he’s telling fans that his abs in a new ‘XXL’ mag cover shoot are the real deal and not painted on.

After spending time in a hospital ICU with cardiac issues in Nov. 2019, French Montana has spent the last year making the most of his improved health. That includes no booze, plenty of exercise and a good diet. The 36-year-old rapper is showing off the  the results in shirtless photos for the latest digital issue of XXL magazine. He shared a behind the scenes video shoot with his Instagram followers where his six-pack abs were on full display, and told fans that they are purely the product of hard work and not spray painted on.

“They said I spray painted my six pack on. I got catfished too many times to catfish my people lol I just got to it!” French wrote under a video he shared to Instagram on Dec. 29, 2020.  He added that “Nothing beats hard work and always remember there’s some people out there that don’t want you to be great #2021 #bts #xxlcovershoot.”

French told the publication, “I feel like for my fans and XXL fans, it kinda like, people see me growing and it’s a beautiful thing,” about his “second chapter in the game.” He explained, “I feel like the growth, and people just seeing my elevation, the ups, the downs and seeing that we’re still here doing it and looking better than yesterday.” The behind the scenes video showed that French is looking darn good, with bulging pecs and defined biceps in addition to his cut abs.

French spent several weeks in the hospital in late 2019 due to concerns for his cardiovascular health. He had symptoms including an elevated heart rate, nausea and stomach pains. He was admitted to the intensive care unit at a Los Angeles area hospital on Nov. 21, 2019, and eventually released a few weeks later on Dec. 6.

He told XXL that, “I was runnin’ for like a good 20 years without a break, and God put a stop to that. I had a little health scare. I tell people all the time, ‘If you don’t end up in the ICU after your birthday, then it wasn’t a good birthday.’” French’s 35th birthday was on Nov. 9, and 12 days later he woke up in the ICU after collapsing at his Calabasas, CA home.

The Moroccan born rapper  — real name Karim Kharbouch — explained that he ended up in the hospital due to “a combination of a lot of things: being fatigued, dehydrated, you know, losing myself chasing money, chasing the wrong things. Too much drinking, too many pills, you know, boom,” about why he was rushed to the hospital. He’s now been sober for over a year, with his one year mark coming on Nov. 21, the day he was hospitalized.

“It was just overdoing something for too long,” French continued. “And, to the point where, now sober is becoming my new high. People seen I was out of control, not me, you know what I’m saying? ’Cause, you know, it’s almost like, you know, working out. You don’t see you getting big ’cause you see yourself every day. It’s the same thing with you being out of control.” Fortunately French’s sobriety combined with his workout ethic has made him a whole new fit and healthy man.