French toast recipe: How to make the classic french toast 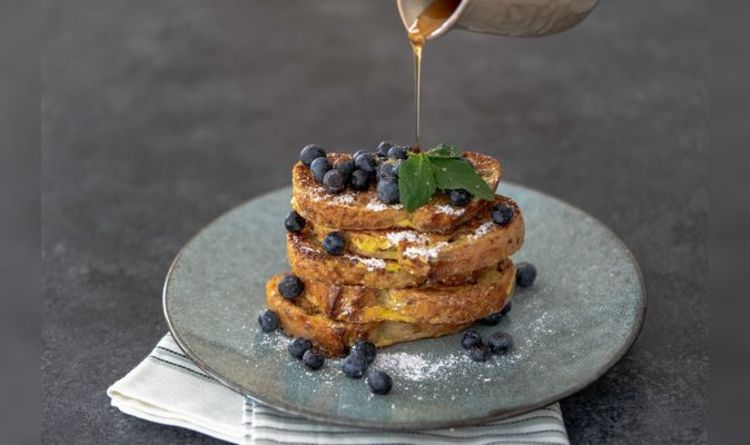 According to a collection of recipes from the early fifth century AD, the dish recognisable as French toast could have been around as early as the Roman Empire. The Roman style of French toast, called Pan Dulcis, would see the bread soaked in a milk and egg mixture before being fried in oil or butter. Others believe the concept of French toast was created by Medieval cooks in Europe, who would need to use up every last bit of food to feed their families. No matter who created French toast, everyone can agree it is delicious. Here’s how to make the classic French toast according to BBC Good Food.

How to make the classic French toast

The phrase French toast first appeared in the Encyclopaedia of American Food and Drink in 1871.

It is known by a variety of other names including German toast, eggy bread, French-fried bread, gypsy toast, Poor Knights of Windsor, Spanish toast, nun’s toast, and pain perdu which means lost bread in French.

The name pain perdu derives from when people, historically, made French toast from stale bread in order to make use of bread that would otherwise have been thrown away.

In Scotland, French toast is traditionally served with sausage between two slices of French toast and eaten as a sandwich.

Melt 1 tablespoon of butter in a large non-stick pan over medium heat, and add two slices of the soaked bread.

Cook for five minutes until golden.

Turn the French toast on the other side and cook for another five minutes.

Transfer to a plate and cook the other two slices in the rest of the butter.

Cut the bread on the diagonal and divide between two plates, then add your toppings.

A drizzle of honey or maple syrup works nicely, or a sprinkling of cinnamon mixed with sugar.

Add some jam, fruit compote or a few slices of fresh fruit or berries to spruce up your toast.

You can even turn it into a dessert by adding ice cream or creme fraiche. Enjoy!

Judi said: "Meghan’s poised, focused confidence is in contrast to Harry’s more fidgety, distracted look. "His lips pull in before he speaks and at one...
Read more
Lifestyle

LEEF Launches a Give Back Initiative, in Support of the Little Lake Fire Department and Their Ongoing Battle With the Fires That Have Scorched...

We hope our give back program will bring the department financial relief in a time of need.    WILLITS, CA, September 23, 2020 /24-7PressRelease/ -- LEEF,...
Read more
Lifestyle

Prime Minister Boris Johnson announced new restrictions during an address to the nation from Number 10, which included a 10pm curfew for all pubs,...
Read more
Lifestyle

Mouth cancer, also known as oral cancer, is where a tumour develops in a part of the mouth. It may be on the surface...
Read more