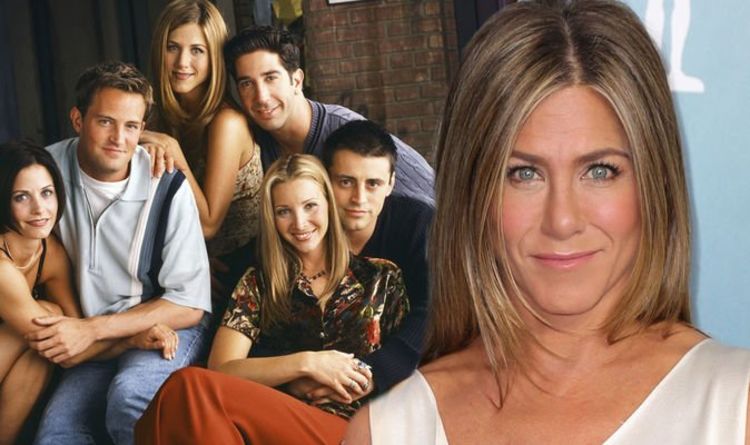 One year after the Golden Globe-winning series celebrated its 25th anniversary, the cast of Friends will officially reunite. Rumours of a reunion have been in the pipeline for months but now HBO Max has confirmed it will play host to Jennifer Anniston, Matthew Perry, Courtney Cox, Lisa Kudrow, David Schwimmer and Matt LeBlanc. Each of the six main cast members took to Instagram on Friday to confirm the news.

Matthew, Matt, David, Courtney, Lisa and Jennifer all shared a snap of themselves in character onto their respective social media pages.

Each one of the Friends stars simply captioned the post “it’s happening” before tagging their co-stars and HBO Max.

He said: “Guess you could call this the one where they all got back together — we are reuniting with David, Jennifer, Courteney, Matt, Lisa and Matthew for an HBO Max special that will be programmed alongside the entire Friends library.”

READ MORE: Friends reunion CONFIRMED: ‘The One Where They All Got Back Together’

The HBO boss continued: “I became aware of Friends when it was in the very early stages of development and then had the opportunity to work on the series many years later and have delighted in seeing it catch on with viewers generation after generation.

“It taps into an era when friends – and audiences – gathered together in real-time and we think this reunion special will capture that spirit, uniting original and new fans.”

The special is predicted to be released in May 2020 along with all 236 episodes of the hit series when HBO Max launches in the USA.

Deadline reports that each member of the cast will receive between $ 3-4million for the reunion (£2.32-3.09million).