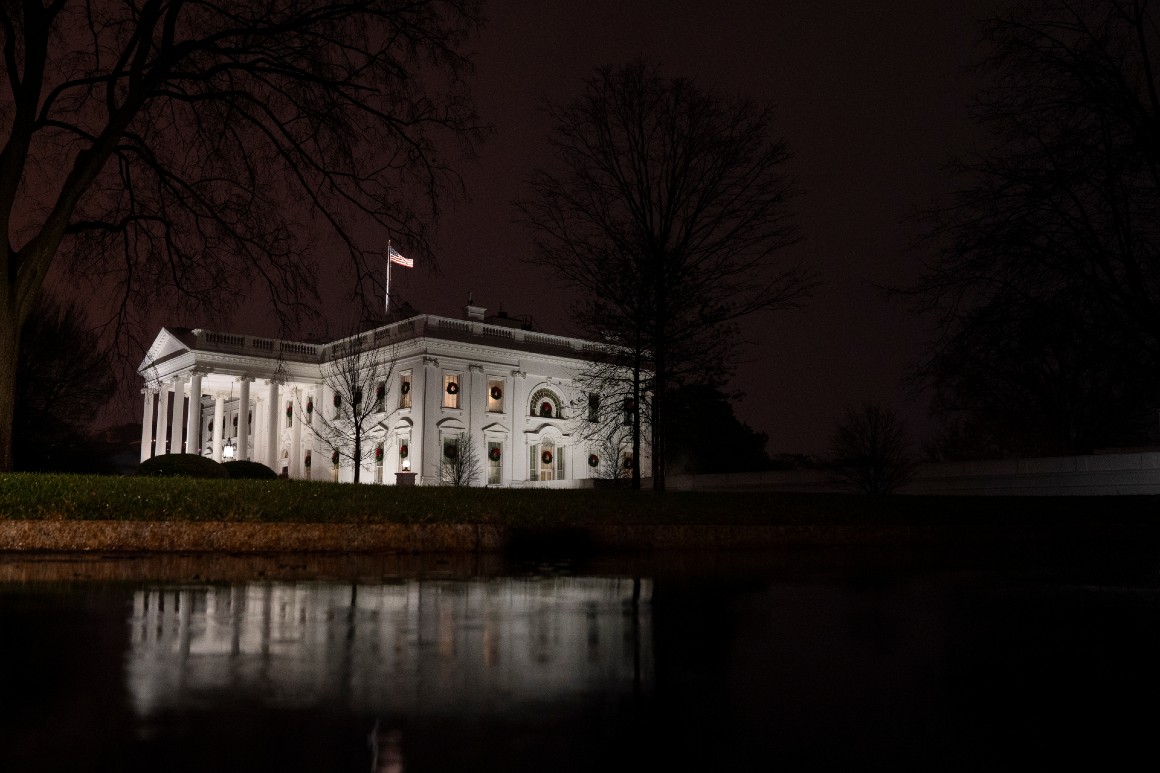 Those close to the Biden transition and Trump administration confirm that the disparities exist, both between agencies and within them. Much of the variation hinges on the Trump political appointees who are pulling the levers: The most public conflict has emerged at the Defense Department, where White House loyalist Kash Patel was installed last month to oversee the transition process amid a purge of senior Pentagon officials.

The department’s decision to pause transition meetings earlier this month drew rare public condemnation from Biden and other transition officials, who have generally avoided speaking about the process.

In an interview with NPR Tuesday, incoming national security adviser Jake Sullivan complained that Biden and his team have yet to receive information from the Pentagon on a number of urgent issues, including the unprecedented cyberattack on the U.S. government and the progress of Covid-19 vaccine distribution

Acting Defense Secretary Chris Miller, however, has defended the Pentagon’s efforts, saying Tuesday that, “DoD political and career officials have been working with the utmost professionalism to support transition activities in a compressed time schedule.”

While the transition’s fights with the Defense Department and a handful of other agencies has become a flashpoint, the reality is that Trump political appointees across the government are in most cases now taking the necessary steps to transfer authority — holding hundreds of meetings at dozens of agencies and sharing thousands of pages of documents with the incoming administration.

“Our Agency Review Teams have made progress on a shortened timeline to prepare the incoming administration to tackle the challenges facing our nation on day one. We have benefited from constructive cooperation within many Departments and Agencies, but we have met isolated resistance in some corners,” transition spokesperson Cameron French said in a statement.

French emphasized that “an orderly, cooperative transition is especially imperative during these times of crisis.”

The transition declined to make any of the hundreds of people serving on the landing teams available for an interview.

But a person close to Biden who is working with the landing teams said that while there are ongoing “barriers to access and information,” the situation has improved dramatically since the electoral college certified Biden the winner of the election on Dec. 14.

“You’re seeing a growing recognition among politicals and top career people that it’s in everyone’s interest to collaborate,” he said.

“For the most part, it’s going smoothly,” agreed another person close to the transition. “Is it going as well as it did under George W. Bush? No. There you had a president explicitly instructing his people to collaborate. But given that history has never seen anything like this moment, it’s going surprisingly well.”

A Department of Homeland Security official, for example, told POLITICO that the agency has held “well over 100” meetings with Biden’s team that have “gone fine” and yielded “good questions” from both sides, while a Health and Human Services spokesperson said the department has already held more than 200 transition meetings with the transition and will continue to do so through the holiday season.

The person close to Biden emphasized that at these agencies and others, most Trump administration officials are working under the radar to hand over the levers of power.

“The ice is thawing because it has to,” the person said. “But it’s also true to say that it is no way the smoothest or more cooperative of transitions.”

That was made plain when the Defense Department unilaterally paused meetings with the transition’s landing teams before Christmas, citing “rapidly changing priorities.”

Biden said Monday that his agency review teams “need full visibility into budget planning underway at the Defense Department and other agencies” but had hit “roadblocks from the political leadership” at both the Pentagon and the Office of Management and Budget.

“Right now, we just aren’t getting all the information that we need from the outgoing administration in key national security areas,” Biden continued. “It’s nothing short of irresponsible.”

The mutual mistrust was evident in a scathing response to the Biden team’s complaints from a senior Trump administration official, who argued that OMB officials shouldn’t be expected to use staff time to coach the incoming administration on how to stop building the border wall or advance other parts of its agenda. The official denied, however, that the lack of cooperation created any national security risks.

The problems extend beyond national security. Trump administration officials at the Office of the U.S. Trade Representative have also rebuffed efforts from Biden’s transition to meet with career staff, and Education Secretary Betsy DeVos has urged her department to “be the resistance” after Biden takes office.

Some other agencies are using subtler tactics.

Tracking the appointments, the people, and the power centers of the next administration.

Across several departments, including USTR and the Environmental Protection Agency, Trump’s political appointees are insisting on being present in meetings held between Biden’s transition team and the career civil servants who will be staying on, something that has created a chilling effect, both camps have told POLITICO.

“The career people just want to be helpful, but if every conversation is monitored by a handler, it can be intimidating,” the person close to Biden said in an interview. “It suppresses their comfort level, and it seems more intense now than ever.”

Briefel, the director of policy and outreach at the Senior Executives Association, said members are experiencing this now in several agencies.

“Someone’s there scrutinizing what’s being said,” he said of the transition meetings. “The career folks — they’re professionals with a desire to give the information straight up, but it’s hard to imagine, when you know someone is there to mind you, that you’re not going to watch your words more carefully.”

Briefel said the atmosphere is especially tense for career officials because of President Trump’s recent executive order that makes it easier for them to be fired in the remaining days of his administration, creating a situation where some don’t feel they can speak freely.

But he and others stressed that this level of surveillance is not happening at all or even most agencies.

Officials at the Departments of Housing and Urban Development and Transportation, for example, told POLITICO they are only sending Trump political appointees to transition meetings when the Biden team requests they do so.

“We’ve tried to be as accommodating as possible without meddling or assuming what the Biden folks want,” the HUD official said. “It’s their job to tell us what they want and we have career officials leading that process and we have pretty much stayed out of it unless the Biden folks have specifically asked to meet with certain politicals.”

A Transportation official said that some political appointees who have been involved in plans to transport the Covid-19 vaccine around the country have participated in some meetings for the benefit of the Biden team, though the person stressed that “generally it’s not like a requirement, it’s not like a mandate,” and the overriding goal of the conversations is collaboration on how to “keep people safe.”

In their public statements, transition officials have only hinted at ongoing obstacles while stressing that things are, for the most part, moving forward.

“It’s been improving over time,” incoming surgeon general and close Biden confidant Vivek Murthy said in a recent interview on Meet The Press. “We still have more information that we need to gather, many more conversations that we need to have. But I’m glad that those are finally happening.”

Yohannes Abraham, the executive director of the transition, described a similar dynamic to reporters in a Zoom press conference in mid-December.

“There have been many agencies and departments that have facilitated the exchange of information and meetings over the past few weeks since ascertainment,” he said, adding that the team is “making progress on a shortened timeline” despite meeting “isolated resistance in some corners.”

Federal workers also stress that some incidents that can look like obstruction — such as canceled or delayed meetings with the transition team — may have other underlying causes.

“On top of the transition, and their regular work, career workers have had to deal with the government coming up to the edge of shutting down multiple times,” Briefel explained.

“Even when we don’t actually shut down, we come close enough that we have to turn on all of the bureaucracy for sending out furlough letters and such. That has added additional stress. And, for the agencies that have pandemic response responsibilities, they’re having to juggle getting relief out to Americans who need it.”