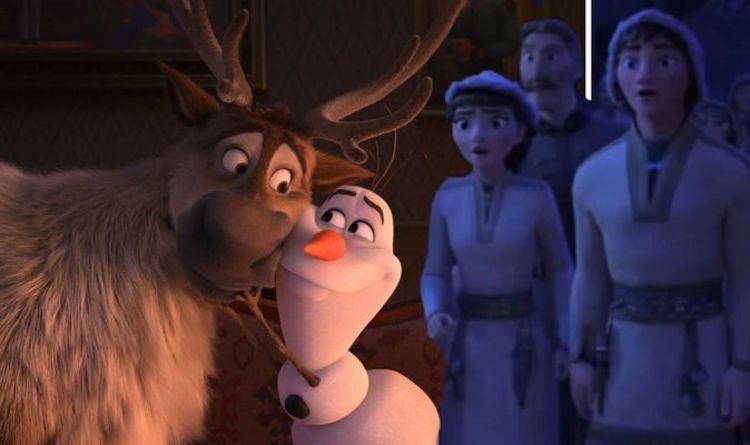 Frozen 2 gave fans the much-desire sequel to the first movie, Frozen. The story saw Elsa (voiced by Idina Menzel) and her sister Anna (Kristen Bell) go on another journey to save their kingdom, Arendelle. But will there be a third instalment and, if there is, will Elsa finally have true love?

Peter Del Vecho, one of the producers on Frozen 2, has revealed whether the franchise will continue in an interview with Cinemablend, accompanied by the film’s writer Jennifer Lee.

Asked whether this story has come to an end, Del Vecho said: “I think when we look at these two movies together what I love about them is you’ve done a amazing job of weaving these into one full story so it now feels like a complete journey.”

As Del Vecho said this, Lee added: “It feels complete to me – but I don’t know. Chris [Buck, co-director and writer with Lee] says ask him in a year.”

While this may not be the definitive answer we were hoping for, Frozen fans may also have noticed there was a moment in the film which also spoke volumes.

At the end of the film, Olaf turned to Elsa and asked whether their group would continue to go on more big adventures as time went on, to which Elsa responded: “No, we’re done.”

This may just mean that, for the time being, Arendelle is safe and saved.

But it could also mean that Olaf himself will no longer be a key feature in the movie.

The voice behind Olaf, Josh Gad, has certainly added to rumours of the film being the end of the franchise, shown in a tweet following Frozen 2’s release.

On November 25, Gad tweeted: “Woke up this morning & had a realization: I may have played Olaf for the last time.

“Who knows what the future holds, but should that be the case, thank you all for embracing this little bundle of optimism, naïveté, & now existentialism.

“I hope he has brought you as much joy as he has me.”

After writing this, thousands of fans responded to the message to implore Gad to remain with the franchise.

Despite this, Elsa actress Menzel has put her backing firmly behind a Frozen 3, confirming she would be delighted to return for another movie.

In an interview with Parade, she said she could see there being more story to tell.

“What I find so commendable is that the creative team waited a really long time to make sure that they had the right story and weren’t exploiting it just for a sequel,” she continued.

“They really waited until they had the right ideas and formed them and took their time with that, and I believe that that’s why it’s equally as good.”

But one major question will be whether Elsa finally gets her true love, now that Anna is loved up officially with Kristoff (Jonathan Groff.)

Back in September We Got This Covered revealed the third Frozen would introduced a girlfriend for Elsa.

Mystery sources told the publication: “The intention is for Elsa to have a girlfriend in the threequel, confirming her sexuality in the process.”

However, composer Kristen Anderson-Lopez said to IGN as Frozen 2 was released: “Like the first movie, Elsa is not just defined by a romantic interest.

“There’s so many movies that define a woman by her romantic interest. That’s not a story that we wanted to tell at this point in time.”

If this continues, Elsa may remain alone, though it would certainly be a huge development in the Disney franchise to show her as a gay character.

With a massive six years between the first and second Frozen movies, however, it will likely be a little while before we find out.

Frozen 2 will be released on download on March 16, and on 4K Ultra HD, Blu-ray and DVD on March 30