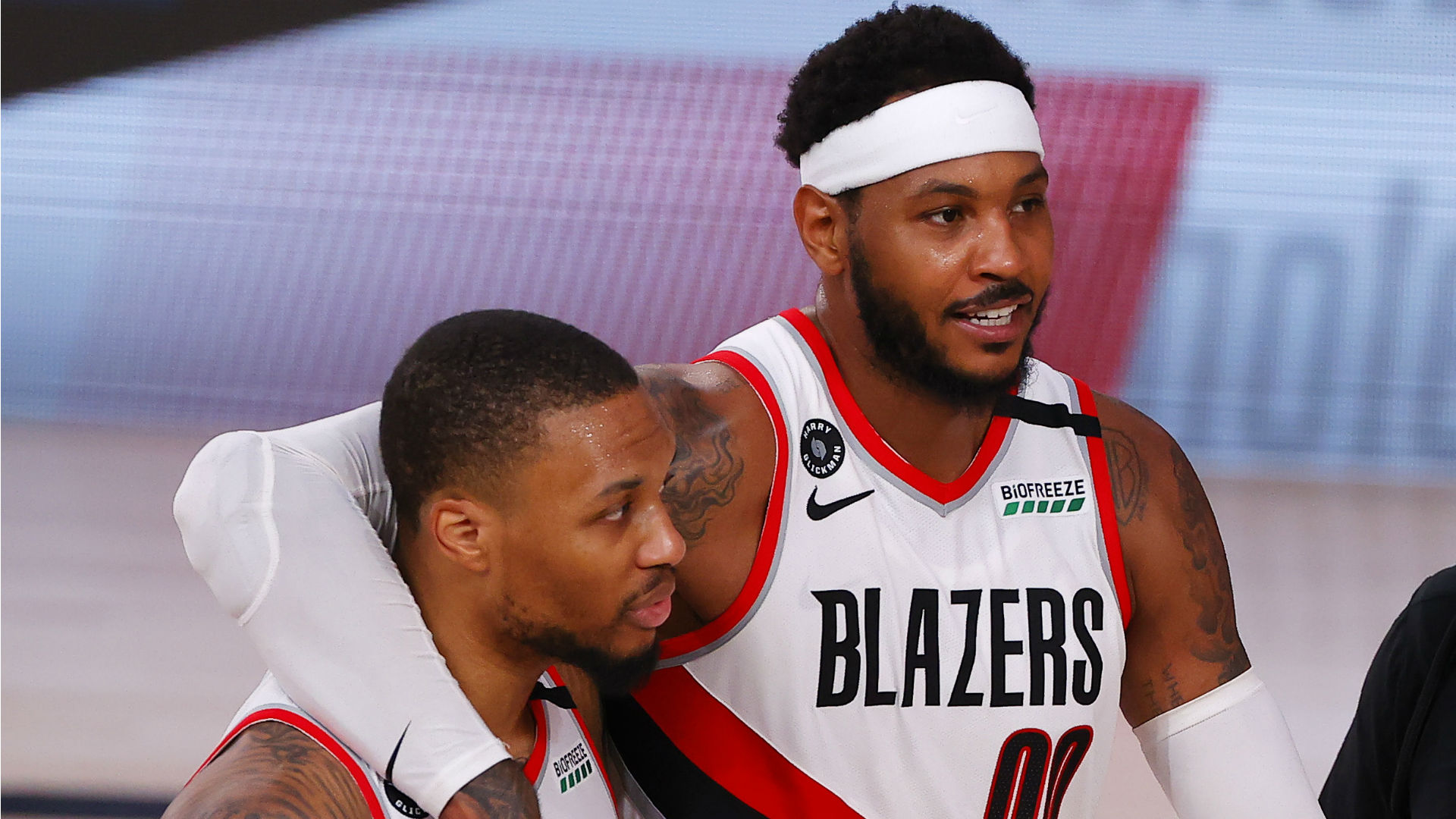 Damian Lillard was determined not to let another game slip away as he bounced back from defeat to the Los Angeles Clippers with a 51-point game against the Philadelphia 76ers.

Portland Trail Blazers point guard Lillard missed a pair of free throws and also a three-pointer in the closing seconds of his team’s reverse to the Clippers on Saturday.

The five-time NBA All-Star then became involved in a social media spat with Clippers duo Paul George, who had waved from the bench after the finish to the game, and Patrick Beverley, but was back down to business on the court on Sunday.

His performance helped the Blazers move to within half-a-game of the eighth-placed Memphis Grizzlies – who lost to the Toronto Raptors – in the race to make the playoffs in the Western Conference.

“After the game, I was irritated with myself, I was frustrated. But it is what it is,” Lillard said of Saturday’s setback. “I talked to one of my best friends and he said, ‘It is what it is, this happened for a reason. You’ve had a lot of big moments and you usually come out on top, so you’ve got to expect to be some kind of balance, you’ve got to expect to come up against some adversity’.

“I knew we had a chance to get back on the court today, so I moved on from it faster than if it wasn’t a back-to-back.”

He later added during the post-match media call: “Definitely coming into tonight after yesterday, I knew how important it was to win the game.

“We let one slip yesterday that we should have had and I’m a big part of why it got away from us. Tonight, I said that wasn’t going to happen.”

With 51 points tonight, Damian Lillard of the @trailblazers has tied James Harden for the NBA lead with five 50-point games this season.

Lillard went 16-for-28 from the floor and hit 15 of his 16 free throws, helping the Blazers prevail 124-121 against a Philadelphia team who lost Joel Embiid during the first quarter.

“I don’t think anyone thinks anything less of Dame because he missed free throws,” Blazers coach Terry Stotts said of Lillard’s performance.

“Tonight, he showed his determination and will that he’s shown throughout his career.”

Portland are back in action on Tuesday, as they take on the Dallas Mavericks.