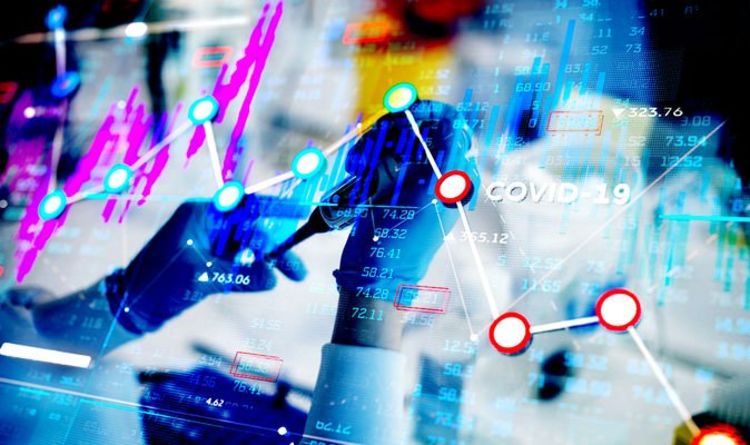 This comes as hopes for the passage of a new coronavirus relief package faded as US House Speaker Nancy Pelosi rejected a $ 1.8 trillion relief proposal from the White House.

“U.S. stimulus talks are still going nowhere dimming the prospect of a new round of support this side of the election,” said Sydney-based NAB strategist Rodrigo Catril.

“So, for now it is hard to see a deal being agreed before Nov. 3, the market is still travelling with the notion that a new round of stimulus is coming, but at this stage this looks more likely after the election.”

It is down 11.57 on it earlier gains this morning.

The company has been an its sales growth soar to 46 percent over the third quarter.

9.45am update: FTSE continues to rise

Sterling is on the defensive as uncertainty abounds over whether Britain and the European Union will have reached a Brexit deal in time for their self-imposed deadline on Thursday at the EU Summit.

Sterling overnight implied volatility gauges soared to a seven-month high of above 13%, indicating investors were prepared for unexpected moves in the British currency in the next hours.

MUFG’s head of research Derek Halpenny said the focus on fisheries, one of the last remaining sticking points in the talks, suggests a final deal was close.

However, any agreement will likely be far removed from what analysts had initially for, limiting the gains for sterling even if a deal is signed.

“We are only arriving at the possibility of a deal due to its being very narrow in scope…There is set to be considerable disruption and frictions on trade that may well still be underestimated by the markets that will likely curtail the period of pound appreciation following a likely deal over the coming weeks,” Halpenny said.

FTSE has shrugged off a pattern of bleak mornings this week by soaring on open today.