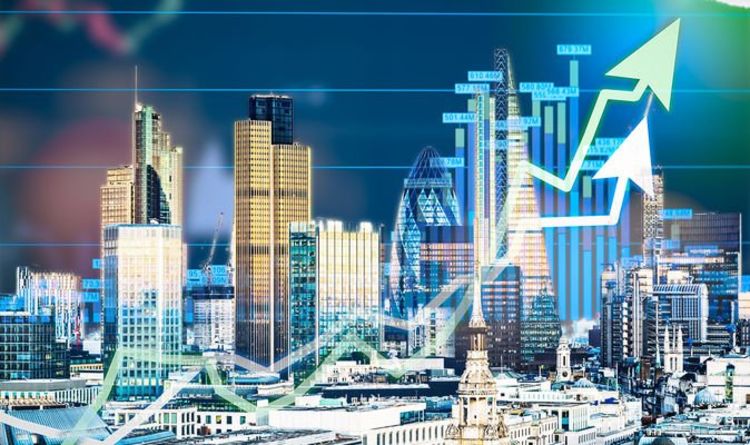 London’s blue-chip FTSE 100 index rose 3.3 percent by 8.22am, extending gains for the second day boosted again by a surge in travel stocks as investors were heartened by signs the COVID-19 crisis could be easing in the worst-hit regions of Europe. Still, doubts lingered as after it emerged last night that Prime Minister Boris Johnson has moved to intensive care as his coronavirus conditions worsened, amid reports he was struggling to breathe.

It comes off the back of a storming rally for Wall Street, with the Dow Jones surging 1,627 points or 7.7 percent to just under 22,678 following a brutal month in March.

Despite a growing death toll in the US, which is due to worsen over the following weeks, the S&P 500 index rose 7 percent and the more Composite rallied at 7.3 percent.

And China stocks rose by about 2 percent on Tuesday as markets resumed trading after a long weekend, with investor sentiment lifted by Beijing’s latest stimulus to shore up the world’s second-largest economy and a drop in the new coronavirus cases.

It comes after Chinese markets were closed on Monday for the Qingming Festival holiday.

The blue-chip CSI300 index was up 1.97 percent, with its financial sector sub-index higher by 1.3 percent, the consumer staples sector up 2.71 percent, the real estate index gaining 0.83 percent and the healthcare sub-index up 2.13 percent.

House prices in the UK have been brought to an “abrupt standstill” as experts expressed fears more than 500,000 house sales would be lost amid the coronavirus pandemic.

The news comes after estate agent Knight Frank predicted that nearly 526,000 house sales will be “lost” if the UK remains in lockdown amid the coronavirus outbreak.

11am: Pound rallies against US Dollar

Analysts said that while news of Mr Johnson’s condition was clearly a concern, beyond a short-lived dip in Asian hours it had not yet moved the pound because it was unlikely to mean a change in the government’s policy direction to fight the virus.

Sean Callow, an FX analyst at Westpac in Sydney, said:”It’s a long way short of a serious rally.

“There is still so much bad news to absorb from the economy.”

Oil prices have risen on hopes the world’s biggest producers will agree to cut output as the virus pandemic crushes demand, while the risk-sensitive Australian dollar rose 1 percent.

Chris Weston, head of research at Melbourne brokerage Pepperstone, said: “The market is front running what it believes is a peak in the virus case count with Europe leading the way.

“You can almost smell the fear of missing out from active managers.”