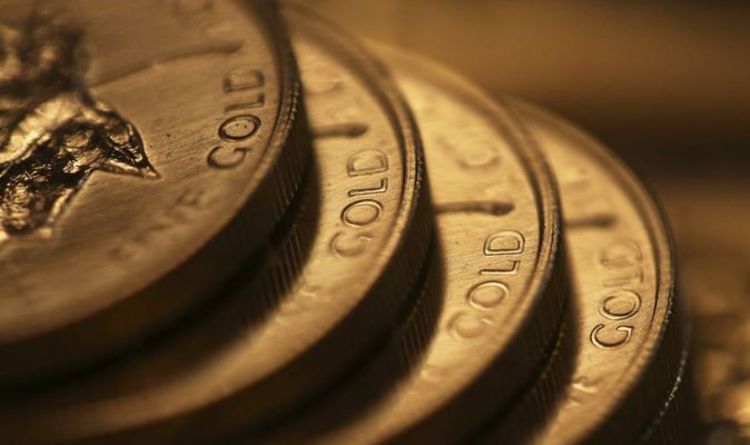 This added to the record $ 40bn they invested in the first half of the year.

Gold would benefit as bond yields continued to slide and inflation started to take shape.

Jim Luke, a fund manager at Schroders. US 10-year real yields, said: “We’re in a world where inflation will move above targets and real rates will be significantly lower than now.”

Sego has seen pre-tax profits for the first six months of 2020 surge, due to an increase in demand for e-commerce during the coronavirus crisis.

The FTSE 100 firm made a pre-tax profit of £140.4m, a siginficant rise of 6.5 percent when compared to the same period last year.

It’s total valuation has also risen by 0;7 percent to £11.2billion.

The insurer Hastings Group has soared after agreeing to a $ 2.2 billion buyout offer.

A 17.8 percent surge for the motor insurer drove the FTSE 250 up one percent. Almost all the mid-cap sub-indexes were trading higher, led by industrials, consumer discretionary and materials stocks.

6.28am update: China and US to review trade deal on August 15 – sources

Senior US and Chinese officials will review the implementation of their Phase 1 trade deal and likely air mutual grievances in an increasingly tense relationship during an August 15 videoconference, two people familiar with the plans said.

US Trade Representative Robert Lighthizer and Chinese Vice Premier Liu He, the principal negotiators for the two countries, will participate in the meeting, an initial six-month review of the pact activated on February 15.

The meeting plans were first reported by the Wall Street Journal.

Under the Phase 1 trade deal signed in January, China had pledged to boost purchases of US goods by some $ 200 billion over 2017 levels, including agricultural and manufactured products, energy and services.

California Plans to Ban Sales of Gas-Powered Cars by 2035

WIRED25 Day 2: How to Build a More Resilient World

Graham Hacia On the second day of the WIRED25 three-part virtual speaker series, topics ranged from the disastrous effects of the Anthropocene to the importance...
Read more
Business

Aarian Marshall Nextdoor CEO Sarah Friar did not use the f-word—you know, Facebook—even once during her appearance at the all-virtual WIRED25 Conference on Wednesday. But...
Read more
Business

Maria Ressa Says Disinformation Is More Insidious Than We Think

Gregory Barber Maria Ressa, CEO and executive editor of Rappler, an investigative news website in the Philippines, says we talk about disinformation all wrong. The...
Read more
Business

Sidney Fussell Silicon Valley has long been criticized for operating under an erroneous binary: you must choose between profit or positive social impact. As people...
Read more
Business

An emerging force in the multi-billion pound insurtech sector, the business pinpoints risks in real time - known as nowcasting - down to property...
Read more