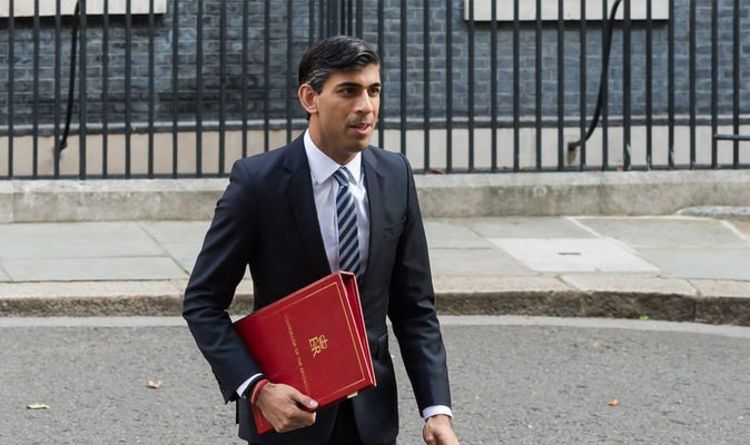 Fears over the end of the furlough scheme next month have been holding back stocks on the London index. However, despite refusing to consider extending the furlough scheme, yesterday the Chancellor did hint at “creative” support for jobs.

The end of the scheme has sparked concern of an imminent spike in unemployment, with the UK Government under pressure to do more to help struggling firms.

Yesterday was the first indication of further Government support.

Senior market analyst Joshua Mahony said: “While fears of a spike in bankruptcies and job losses had been holding back sentiment ahead of the ending of furlough next month, comments from Rishi Sunak over his willingness to support jobs ‘in a creative way’ shows the potential for further action in the weeks ahead.”

12.42pm update: Waitrose plans to close four of its supermarkets, with the loss of 124 jobs

The grocery chain said it will shut its Caldicot, Ipswich Corn Exchange and Shrewsbury sites, and sell its Wolverhampton store to rival Tesco.

It said it made the decision to shut the branches after it struggled to make them “profitable in the long-term” after a period of “challenging trading”.

The Caldicot, Ipswich and Shrewsbury stores will close on December 6.

Waitrose said 124 staff at the three stores will face redundancy and will now enter into consultations.

Meanwhile, all 140 staff at the Wolverhampton store, which will shut on December 31, will be transferred to Tesco as part of the sale.

The closures are part of an ongoing review of the Waitrose store estate which started in 2017.

10.38am: Eat Out to Help Out scheme sees inflation fall to near-five year low

Last month’s Eat Out to Help Out scheme and the Government’s VAT cut helped push UK inflation to its lowest level for nearly five years in August, according to official figures.

The Office for National Statistics (ONS) said the Consumer Prices Index tumbled from 1 percent in July to 0.2 percent in August – the lowest rate since December 2015.

Chancellor Rishi Sunak’s popular Eat Out to Help Out discount last month to encourage people to eat out again after lockdown was the biggest driver in pushing down the rise in the cost of living by slashing prices in restaurants and cafes.

The ONS also said the cut to value added tax (VAT) on hospitality and tourism from 20 percent to 5 percent helped lower inflation.

It added that air fares fell in August for the first time on record as the pandemic saw more Britons holiday in the UK this summer.

Clothes prices also fell back as retailers held off from rising prices for the usual autumn selling season, with a 0.4 percent rise between July and August against a 2 percent rise a year earlier.

European shares were mixed at the opening, but then rose, with the Stoxx 600 up around 0.3 percent, pushed up by gains in retail stocks.

The MSCI world equity index, which tracks shares in 49 countries, was up 0.2 percent at 7.24am GMT, while MSCI’s main European Index was up 0.3 percent.

The FTSE 100 slipped on Wednesday as fears of a disorderly exit for the UK from the European Union kept risk sentiment subdued, while shares of The Hut Group surged in the biggest UK initial public offering since 2013.

The e-commerce firm rose 24.9 percent in its first day of trading.

The blue-chip FTSE 100 and the mid-cap FTSE 250 were down 0.1 percent and 0.2 percent, respectively, with banking stocks and insurers among the biggest decliners.

6.00am update: Re-cap of Tuesday’s trading

London’s top index steamed to a strong showing on Tuesday, beating off downwards pressure from a rising pound and defying a more dampened mood on the continent.

The index was buoyed by a rally late in the day, pushed up as the pound lost some of its gains earlier in the day.

Tom Simonite Facebook’s artificial intelligence researchers have a plan to make algorithms smarter by exposing them to human cunning. They want your help to supply...
Read more