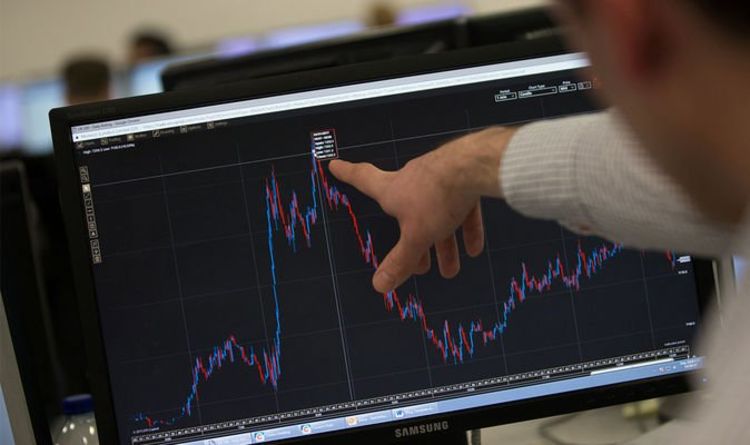 Brussels has warned Britain will be breaking international law if it renegades on the treaty.

The row took its toll on the FTSE 250 yesterday as the UK company focused index finished 30 points down on the start of the day.

Further developments in the Brexit row today could cause the FTSE 100 to rally even further.

11.34am update:  FTSE 100 slides over emergency Brexit talks and also Morrisons’ drop in half year profit

The supermarket group fell 4.3 percent despite saying it expected profit growth for the full year.

BP PLC and Royal Dutch Shell PLC also took a hit on the index after a slide in oil prices.

Ronald Kaloyan, head of European equity strategy at SocGen said: “Markets are moving with heavy caution and we also see investors pulling back on some export-heavy names until the see concrete developments on the Brexit front.

7.51am update: Lloyd’s of London to pay back £5 billion to customers

Insurance market Lloyd’s of London has said it expects to pay out £5 billion to customers for claims that are due to the Covid-19 pandemic.

The company said that it made a loss of around £400 million in the first half of the year, with Covid-19 losses reaching £2.4 billion.

Chief executive John Neal said that the start of the year has been “exceptionally challenging”.

“The pandemic has inflicted catastrophic societal and economic damage calling for unparalleled measures to stifle the spread of the virus, and to get businesses and economies back on their feet,” he said.

London’s blue-chip index ended higher on Wednesday as weakness in the pound looked to benefit major exporters, while the mid-cap index was held back by consumer stocks on fears of new restrictions on social activity.

The FTSE 100 ended 1.4 percent higher as uncertainty over Brexit talks weighed on the pound. Stocks such as British American Tobacco and Unilever, which make a bulk of their revenue overseas, were the biggest boosts to the index.

Aarian Marshall The safety driver behind the wheel of a self-driving Uber that struck and killed a woman in 2018 has been charged with a...
Read more
Business