Full Moon 2019: Is it a Full Moon tonight in the UK? Look out for the amazing Beaver Moon 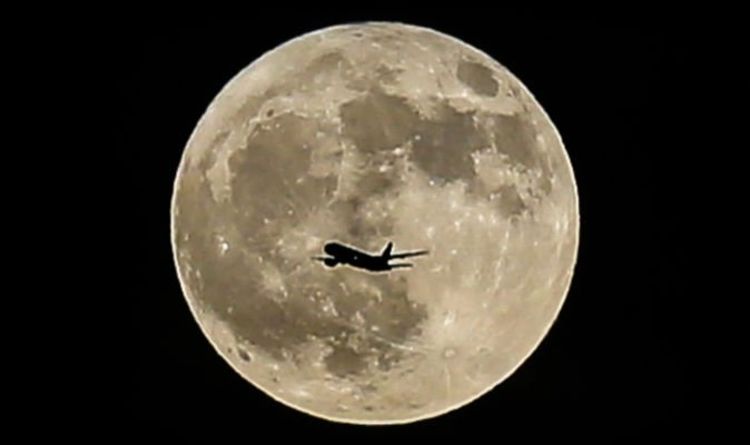 Stargazers hoping for a glimpse of the Full Moon this week may have been fooled into thinking the Beaver Moon was already here. Looking at the night skies on Sunday or Monday, the Moon already appeared exceptionally big and bright. But the Earth’s satellite was still in its Waxing Gibbous stage, slowly creeping towards full illumination.

The good news is the Full Moon will finally make its appearance tonight (November 12) under the guise of the Beaver Moon.

Known as the 11th named Full Moon of the year, the Beaver Moon appears one month after October’s Hunter Moon.

Astronomy enthusiast will also know the Beaver Moon precedes the Cold Moon in December – the final Full Moon of the year.

Read on below to find out when the Full Moon appears tonight and why it called the Beaver Moon.

READ MORE: What time can you see the Beaver Moon tonight?

When will the Beaver Moon appear over the UK tonight?

Each of the Moon’s distinct phases only lasts a fleeting moment according to space agency NASA.

But to the untrained eye, the visible changes are indistinguishable over two to three days.

As a result, the Full Moon typically looks full for around three days centred around its peak.

This year, the peak falls around 1.34pm GMT on Tuesday, November 12.

Here in the UK, the Full Moon peaked during the daytime hours when the Sun was up in the sky and the Moon was below the horizon.

But this does not mean you will not have a chance to spot the Beaver Moon once the Sun sets.

Why is the Full Moon called the Beaver Moon?

Each of the Moon’s 12 full phases has a unique named tied to the seasons and changing landscapes.

The lunar names used in the Western Hemisphere are linked to the traditions of Native American tribes in the US.

These names were adopted by colonial Americans and spread throughout the rest of the world.

Names such as the Strawberry Moon and Sturgeon Moon reflect hunting and gathering activities carried out at different times of the year.

When the Sturgeon Moon rose in August, many tribes would hunt down the great water fish in North America’s lakes.

When the Strawberry Moon rose in May, foragers knew the time was right to pick wild strawberries for food.

Amy Nieskens of the Old Farmer’s Almanac guide said: “Centuries ago Native Americans kept track of the changing seasons by giving a distinct name to each Full Moon – names we still use today.

“November’s Full Moon was known as the Geese-going Moon, the Frost Moon and perhaps the most well known, the Full Beaver Moon.

“Traditionally this is the time of year that beavers are preparing for winter and also the time to set traps before the swamps froze, to ensure supplies of warm winter furs.”