Full Moon 2020 UAE: What time is the Super Worm Moon? How to watch the Supermoon 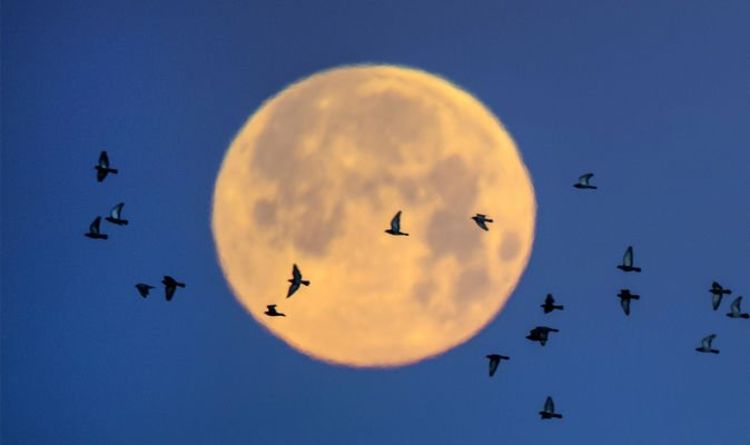 Why is March Full Moon called the Worm Moon?

The March Full Moon has many names such as the Crust Moon, Lenten Moon and Crow Moon.

According to The Old Farmer’s Almanac, these unusual names were historically meant to keep track of the changing seasons and weather.

The almanac said: “The most common name for March’s full Moon is the Full Worm Moon.

“At this time of the year, the ground begins to soften enough for earthworm casts to reappear, inviting robins and other birds to feed – a true sign of spring.

“Roots start to push their way up through the soil, and the Earth experiences a re-birth as it awakens from its winter slumber.”