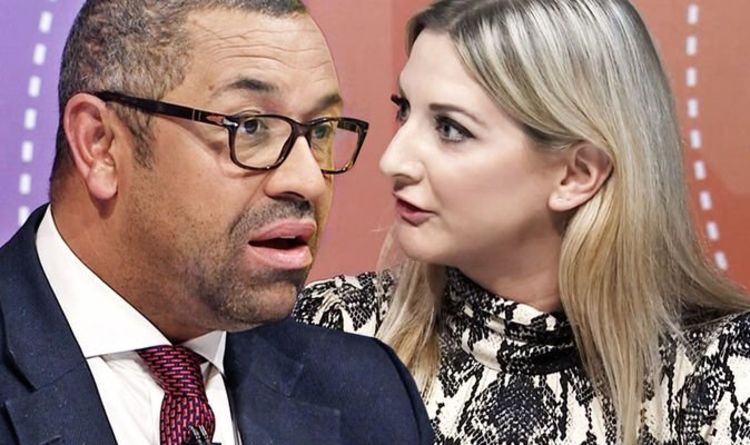 The Brexit Party’s MEP for South East England launched a damning attack on Conservative MP James Cleverly over his party’s apparent willingness to enter political pacts in order to gain advantage. Ms Phillips let rip at both Mr Cleverly and the Tory party, going as far as to say that if the Tory party wanted to minimise the amount of choice voters have in the upcoming general election, then they should go to Venezuela.

It was in response to the audience’s first question: “Are pacts between parties and tactical voting just cheating the electorate?”

Ms Phillips replied: “Oh wow, well, this is the question I’ve been looking forward to because actually, do you know what Simon? I think pacts are such a disappointment.

“I think actually, every voter in this country should be able to have their first choice of candidate, and that parties should campaign on merit, on policies, not on black mail, not on fear.”

Host Fiona Bruce stepped in here and asked: “So, you must be very unhappy with your leader then?”

Ms Phillips replied: “I’m very disappointed in what’s happened but I want to give a bit of context…”

On saying this, she turned to Mr Cleverly, pointed her finger and said: “Leave us alone! If you can’t win on your own merits then really, you shouldn’t be a chairman of a party of this country, go to Venezuela, this is a multi-party state and you guys have to get used to that.”

Ms Phillips locked eyes with Mr Cleverly, with him losing the stare off.

Ms Phillips damning attack came amid reports that the Conservative Party was conceding offering Nigel Farage a peerage in order to ascend to the House of Lords.

A similar idea was floated three years ago, but was at the time rejected it.

However, according to The Sun, there had recently been an “arms-length” approach to the idea.

When Britain leaves the EU, Mr Farage will cease to be an MEP.

He has previously said that should his Brexit Party come to power, he would get rid of the upper chamber.

Sources close to Mr Farage say the reason for a peerage being handed to him might be an “attempt to buy him off”.

One ally told The Sun: “Westminster is obsessed with rank, position and titles but Nigel isn’t bothered by it.

“A couple of people in and around the current Downing Street circle have discussed it with him informally.