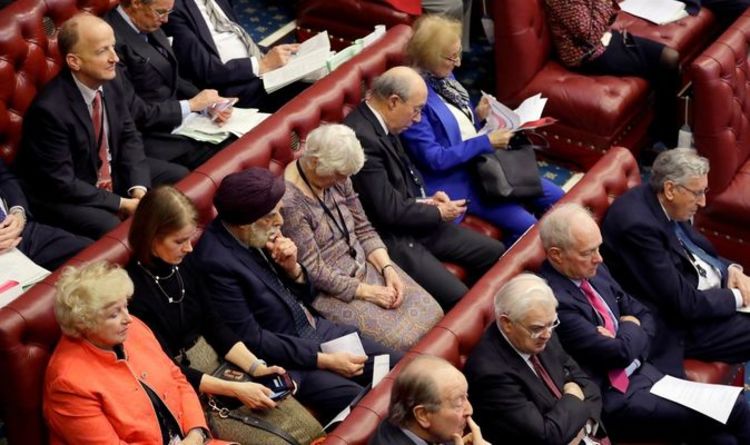 There are plans for peers to take part in parliamentary proceedings virtually through the digital platform Zoom due to the coronavirus pandemic. Sources have told the Telegraph that although the peers do not have to physically attend the House of Lords, some are “agitating” over whether they will receive their expenses.

The allowance totals to an annual tax-free income of more than £48,000 for a member of the House of Lords who typically attends 150 days in a year.

As the average age of a member is 70, many peers have had to self-isolate conforming to the official Government guidance on coronavirus.

This comes as it was announced on Thursday that peers will conduct some non-legislative debates remotely.

But the proceedings will only be broadcast from early May.

It was also announced that debates on laws will initially continue in the chamber with the “expectation of limited participation”.

At the moment, peers are not receiving their attendance allowance for ‘proceedings’ and only for physical ‘sittings’.

A source told the Telegraph: “A cross-party group of peers has already started talking about receiving the allowance retrospectively.

“A lot of them are elderly and so cannot attend due to the rules on self-isolating but are using terms like age discrimination.”

READ MORE: MPs may use ‘virtual parliament’ after returning from recess

Peerages to the House of Lords is granted by appointment or else through hereditary or official function, rather than election.

This comes after concerns were reportedly raised in February of the pay increase as it was revealed peers could earn in a day than some Universal Credit applicants get in one month.

Boris Johnson was questioned about the increase during Prime Minister’s Questions and said he didn’t agree with it.

Mr Johnson said: “It’s odd that the House of Lords has chosen to do that, but it is a decision for them.”

The chief executive of the Electoral Reform Society, Darren Hughes, said: “The system has gifted peers a tax-free payment to assist with the cost of coming into London.

“I think to try to do a 180 and suggest this is now a salary raises a lot more questions than it answers.”