Galaxy S10 could receive its biggest ever Samsung update today 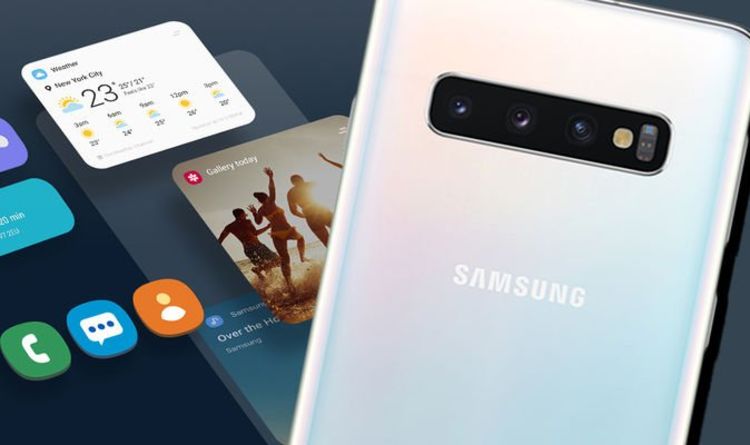 Samsung has confirmed it’s hard at work on One UI 2, the successor to its lauded One UI skin that launched last year with a new aesthetic and a cavalcade of additional features. One UI 2 will be based on Android 10, Google’s latest and greatest operating system that arrived on Pixel phones at the start of September.

The South Korean firm recently released promotional material for the new software update explaining a beta for One UI 2 would launch “soon”. All members of its Galaxy S10 series – bar the monstrously large Galaxy S10 5G – were said to be eligible to take part.

While a precise launch for Samsung’s One UI 2 beta was not confirmed, it seems the early software could be made available later today, at least according to German site AllAboutSamsung.

The outlet received an image from a reader who questioned a support member from Samsung on the beta’s start date.

A screenshot of the conversation showed the employee confirming it would begin at some point today, October 10.

If true, that means fans should probably make sure they have the Samsung Members app installed on their phone. This will be required to sign up to the One UI 2 beta.

As was the case with last year’s One UI beta, it’s likely a notification will be displayed within the app when early software is available to test.

With that said, it’s probably worth taking the new report with a pinch of salt. Simply because support staff have not always been correct about release dates in the past.

Of course, Express.co.uk will be on hand to let you know the moment the One UI 2 beta does go live.

It’s advised that anyone keen to test Samsung’s new software do so on a device that’s not their primary phone. That’s because the South Korean firm’s new operating system is likely to feature bugs not present in its stable builds.

An alleged version of One UI 2 was previewed earlier this year by Brazilian YouTuber Dudu Rocha. The build was shown to look extremely similar to Samsung’s original One UI with a few extra features.

First and foremost, the interface was exhibited with a built-in screen recorder. This was shown to allow Samsung fans to capture and easily share a feed from their phone to others.

Additionally, Samsung was also shown to have adopted Google’s new gesture navigation system – that dismisses a traditional back button for a swipe on either side of a phone display – for One UI 2.

While the video from Rocha didn’t show One UI 2 to be massively different to its predecessor, it’s possible the final version of the operating system will tote greater functionality.

Samsung is holding a developer conference at the San Jose Convention Centre in California at the end of this month. It’s entirely possible the tech firm will reveal One UI 2 and all its new features then.

Apple's macOS Big Sur was revealed during the firm's WWDC Developers Conference back in June and arrives packed with new features and a refreshed...
Read more
Tech

A ‘Covid Slide’ Could Widen the Digital Divide for Students

In a normal school year, Breanne Wiggins would have been prepared to welcome her new students by now. The curriculum for her fourth grade...
Read more
Tech

Instagram has launched a new tool in its popular social media app – Reels. This new addition lets you share 15-second videos made from...
Read more
Tech

Give a designer a few years with a product they've created and you're sure to see noticeable improvements for its second generation. But by...
Read more
Tech

How to use Reels on Instagram – what are they and how do you get them?

The latest addition to Instagram is called Reels, a function allowing users to record, edit and publish bite-sized videos in a way not dissimilar...
Read more
Tech

Up to half the calcium in the Universe – and that includes our bones and teeth – is thought to come from exploding supernova...
Read more