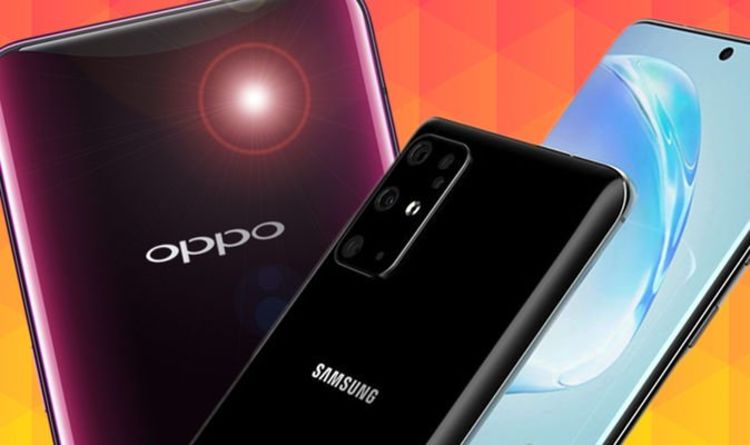 The Galaxy S11 could be in for some serious competition next year. The South Korean device is expected to be unwrapped in February with rumours and leaks suggesting it will tote a souped-up camera system, a revamped design and a higher refresh rate display. But don’t think Samsung’s shiny new S11 will launch unopposed next year. That’s because Chinese rival Oppo has announced it’ll unveil its next flagship device, the Find X2, in the first quarter of 2020 – meaning we’ll see it sometime before April 1.

During its Innovation Day in Shenzhen last week attended by Express.co.uk, Oppo announced the Find X2 will be powered by Qualcomm’s shiny new Snapdragon 865 chipset and capable of supporting 5G networks.

As a quick reminder, Qualcomm’s Snapdragon 865 was unveiled earlier this month and is the American firm’s newest flagship processor. The chipset promises to deliver even faster speeds and better graphics than its predecessors, the Snapdragon 855 and 855+.

Although Oppo is staying tight-lipped on other Find X2 specs, it has hinted both its camera and display are in for noticeable upgrades.

First and foremost, the Shenzhen-based company has partnered with Sony to create a larger sensor for the Find X2 that will let in more light. Meaning the new flagship could produce bright and detailed shots, even in tricky shooting scenarios.

Oppo also said there’s still so much about smartphone screens that can be improved, naming resolution, refresh rate, colours and dynamic range as key focus points.

This, along with Oppo’s recent innovations like the 5x optical zoom present on the Reno 10x Zoom and the world’s fastest wired charging (65W) on the Reno Ace, it’s possible the firm could introduce similar features to the Find X2 in an attempt to challenge the Galaxy S11 and other rival flagships expected to release in 2020.

Discussing the Find X2, Oppo’s UK Executive Director, Michael Tran, said: “2020 is gearing up to be an exciting year for OPPO. Not only are we set to expand our portfolio of smart devices with products such as smart headphones and smart watches, we will also be launching our next-generation flagship smartphone.

“With the Find X2, we wanted to push the boundaries of what’s possible with a smartphone. We know that more and more consumers are using their devices to play games or consume content on the go. We feel confident that the Find X2 will provide them with the most immersive experience possible to do so.”

The announcement of the Find X2 is particularly exciting, primarily because the first was a mash-up of innovative smartphone features and palpable ambition. The original Find X delivered a truly all-screen design during a time other smartphone vendors were releasing flagships with sizeable bezels and notches. Oppo has made it clear it’s determined to send similarly seismic waves through the industry with its successor.

You can read our review for the original Oppo Find X here.

Although not confirmed, it’s likely Oppo will wait until MWC 2020 that kickstarts on February 24 to discuss the future of its Find series.

Express.co.uk will be attending the Chinese tech firm’s scheduled keynote and will bring you all the announcements.