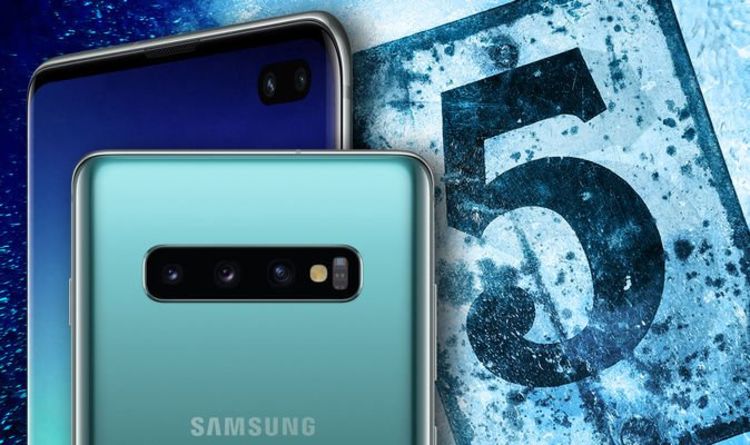 There’s just a few days to go until Samsung unveils its shiny new Galaxy S20 to the world. This device will be revealed in San Francisco on February 11 and it could bring numerous updates and improvements to this popular range of smartphones. The latest leaks and rumours suggest the S20, will get better cameras, a new design and a screen that could push even closer to the edge of the device.

It’s also thought that three variations of the S20 will be revealed during the global keynote including an S20 Ultra which looks set to include more rear cameras and much bigger display than has ever been seen before.

Express.co.uk will bring you full updates live from this Unpacked event but, ahead of the global launch, here’s five things we want to see featured on the S20.

A number of Samsung’s rivals have given there displays a serious speed boost. OnePlus is just one of the firms pushing things to a new level with its OnePlus 7 Pro getting a stunning 90hz screen which makes scrolling through content feel smoother than freshly made silk. Pushing things further is Asus with its ROG Phone 2 now featuring a ludicrous 120Hz AMOLED display.

There’s been plenty of reports that suggest a quicker screen is coming to the S20 range and this would certainly help these new devices keep pace with some of their biggest Android rivals.

Samsung does include face unlock on its devices but its technology lags way behind the likes of the Google Pixel 4 and iPhone 11 Pro.

Samsung’s technology simply takes a snapshot of your face before deciding whether to allow access to the screen.

Meanwhile systems, such as Face ID from Apple, actually scan your face using 3D sensors which makes it almost impossible to fool.

Samsung has spent more time investing in its embedded fingerprint scanner which now sits under the screen but this option is still not as fast or easy to use as face scanning.

Recent leaks appear to show a small selfie camera on the front the S20 and that means fans are unlikely to see improved face scanning on these latest devices which is a terrible shame.

READ MORE: Ignore Huawei, this could be the rival Apple and Samsung really need to worry about

Samsung was one of the first manufactures to include wireless charging on its phones and that was a great move.

Most tech firms have now followed, with many of the latest devices now able to boost the battery without the need for wires.

But there is one problem with refilling phones this way.

Wireless charging can’t pump power into devices anywhere near as fast as a wired connection.

If Samsung can make some improvements to the speed of wireless charging then they will have a real winner on their hands. Fingers crossed on that one.