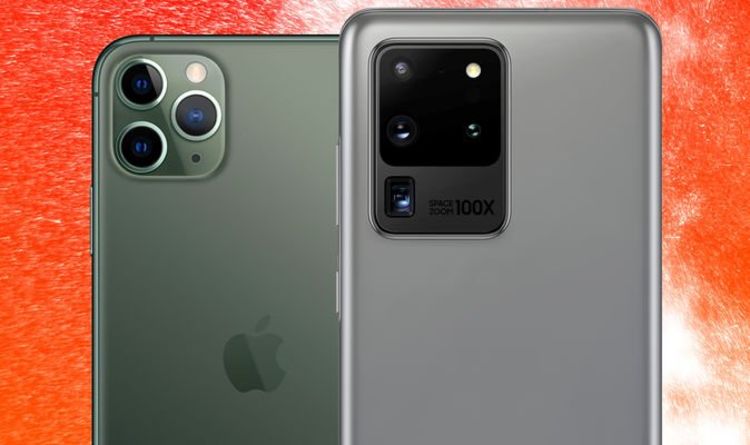 Samsung launched its latest flagship smartphone series, the Galaxy S20, at a flashy hardware showcase in San Francisco earlier this month. The new handset will go head-to-head with the latest offering from arch-nemesis Apple – the iPhone 11 Pro.

Following the launch event, an explosion of YouTube test videos have pitted the two handsets against one another to work out exactly how they compare. One of the most striking of these clips comes courtesy of Danny Winget.

The YouTube video creator took a brand-new Galaxy S20 Ultra, which starts from £1,199, and an iPhone 11 Pro Max, which starts from £1,149, and pitted the stabilisation mode included in the video mode for each handset. The popular YouTube star shot these videos using a custom handheld rig that enabled Winget to film from the Galaxy S20 Ultra and 11 Pro Max rear-facing cameras from the same angle simultaneously.

While there isn’t much difference between the Apple and Samsung-built smartphones when Winget is walking with the cameras – the videos tell a very different story as soon as he starts jogging with the flagship phones.

Looking at the jogging clips played back side-by-side, there is a clear winner. While the iPhone does a pretty admirable job of reducing any harsh jolts or shudders from the video, the footage from the Samsung Galaxy S20 Ultra camera looks like Winget was filming using a Hollywood-grade dolly.

Like you see from the most expensive GoPro cameras, the footage is incredibly smooth and glides along the ground. If it wasn’t for the shadow of the bloke holding the camera, you’d struggle to tell whether this was shot on a drone, a bike, a car, or a handheld camera.

Samsung touted its improvements in Optical Image Stabilisation (OIS) during the launch of the Galaxy S20 Ultra.

As well as improvements in the processing of the video after you’ve finished shooting, Samsung has added an additional axis to the stabilisation.

“Thanks to Super Steady’s anti-rolling stabilisation and AI motion analysis, even the bumpiest videos look like they were shot using a gimbal,” Samsung said in a statement about the technology underlying its new system.