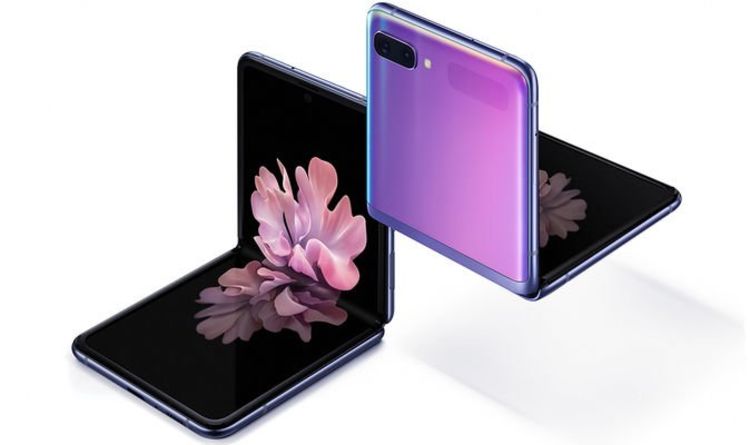 The Galaxy Z Flip is Samsung’s newest smartphone that’s trying to rid of the biggest Achilles’ heel of foldable phones – the durability of their displays. The South Korean tech giant is attempting to do this with a new flexible glass display that, on paper, should offer a greater resistance to scratches than a plastic panel. The Z Flip also comes with a gorgeous design (especially in purple), has speedy internals and a dual-camera system on its rear.

When Samsung unveiled the Galaxy Z Flip, it made a huge song and dance about the device’s new display it claimed was made of “ultra-thin glass” that would improve its overall durability.

Announcing the device on-stage in San Francisco, Samsung head of UK mobile product marketing, Rebecca Hirst, said: “With this phone we’ve done the impossible and created ultra thin glass that folds. You might think that foldable glass would be brittle but this glass is built to last. And it protects your screen from scratches, it’s so durable you can fold and unfold your phone over 200,000 times.”

While this certainly sounds promising, it seems the reality of the Galaxy Z Flip could be much more disappointing. In fact, a new durability test of the device has shown the device’s display might not be made from glass at all.

YouTuber JerryRigEverything – renowned for his smartphone durability tests and tear-downs – recently brought the Galaxy Z Flip into his tech torture chamber and pushed it to breaking point and beyond.

One of the first tests conducted by the YouTuber concerned the Galaxy Z Flip’s display. In particular, he tested its scratch resistance against an array of picks at varying levels of hardness.

While glass is supposed to start scratching between levels six and seven on the Mohs scale of hardness, the Z Flip’s panel was shown to succumb to levels two, three, four and even the pressure applied by a human fingernail.

For context, this is the same scratch resistance as shown by the Motorola Razr and Galaxy Fold that were similarly subjected to excruciating tests by JerryRigEverything – both of these devices have plastic displays.

As noted by JerryRigEverything, it’s certainly possible the screen on the Z Flip has parts of glass mixed into it. However, that doesn’t appear to stop the device’s display from acting like plastic when it comes to scratch resistance.

READ MORE: Galaxy S20 Ultra: Samsung’s ultimate smartphone could be the best Android has to offer

Just like the screens offered on the Galaxy Fold and Motorola Razr, the Z Flip’s display was shown to be brittle. So much so in fact JerryRigEverything was able to poke holes in the display with this pick rated at five in hardness.

This, it was shown, would kill an entire line of pixels, causing streaks of green and pink to appear vertically on the display.

Perhaps one of the saving graces of the Z Flip during its time in the YouTuber’s torture chamber was its ability to keep out dirt, lint and stones. JerryRigEverything poured stones on the device to see if any would creep their way inside the device’s hinge. However, unlike with the Motorola Razr and Galaxy Fold that both had their hinges filled with dirt, the Z Flip appeared function mostly as normal after the fact.