Game of Thrones: Arya will NOT do this in final... 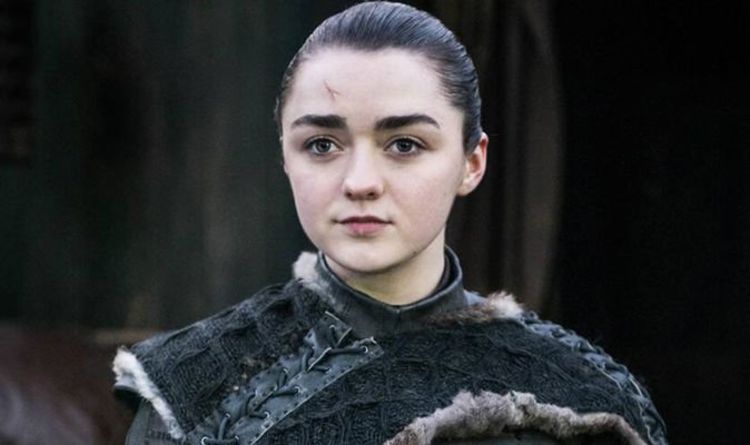 The younger Stark girl is a universal fan favourite. She even survived the hugely divisive final season of the HBO adaptation with her reputation and popularity intact. If anything, she was the only character who came out even stronger. Arya stayed completely true to herself, rather casually destroying the Night King with that trademark drop and switch manoeuvre before sailing off, frankly, who knows where. Things will be very different in the final book of A Song of Ice and Fire.

George RR Martin has absolutely confirmed that some major plot points will be the same in the books and TV show.

Show creators and writes DB Weiss and David Benioff ran out of source material after Season 5 and started to diverge from existing plotlines in the books. The weaknesses of this became increasingly apparent.

However, it must be assumed that Daenerys will die, probably at Jon’s hand. Bran will end up as some sort of king and Sansa will find her destiny back at Winterfell.

Arya, though, will see the biggest changes from her thrilling scenes on the small screen – for one hugely important reason.

GAME OF THRONES ENDING: THERE WERE THREE STARK RULERS NOT TWO – SANSA WAS WRONG

One of the first signs the HBO adaptation was making major changes came long before the source material ran out.

In the books there is no Night King. Nor is there any sign there will be a Night King. It seems very unlikely Martin will use the rather simplistic device that killing a single figure will cause an entire army to disintegrate.

This means the slightly random choice of Arya to actually be the one to defeat the greatest evil is redundant.

Fans will hope there is far more of the mythology and prophecies from the books and histories.

It also, happily, brings the notion of Azor Ahai ‘The Prince Who Was Promised’ back into play. But who is it?

Fans will still be hoping Jon Snow’s secret Targaryen heritage actually has a point. Or Daenerys might actually do something heroic before dying. Or be sacrificed by Jon to forge Lightbringer, as many fans believe.

There is also still the mysterious ‘other’ Targaryen, purportedly the elder son on Rhaegar and ‘first’ Aegon, introduced in the books but dropped from the show. Dany’s vision shows Rhaegar calling his son the prince who was promised.

Fans will also perhaps be hoping Arya actually carries on with her famous list and kills Cersei, herself.