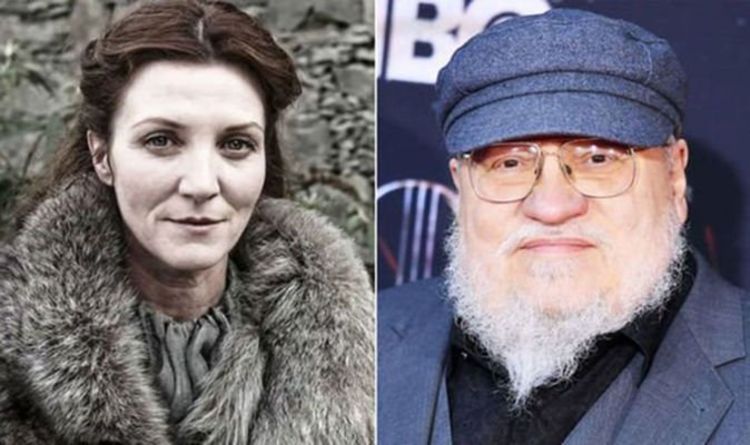 In George RR Martin’s A Song of Ice and Fire, the revived corpse of Lady Catelyn Stark is one of the most intriguing characters. Introduced in the epilogue of A Storm of Swords, following the Red Wedding, the murdered wife of Ned is on a quest for revenge. But in the Game of Thrones TV show, when Catelyn Stark died, she really died

And now the Game of Thrones showrunners have revealed the real reason why they left Lady Stoneheart out.

According to Entertainment Weekly, David Benioff and D B Weiss are quoted in the upcoming Fire Cannot Kill a Dragon, a behind-the-scenes making of Game of Thrones.

They revealed that there were three main reasons despite her incredible entrance in the books.

On the first, they: “Part of the reason we didn’t want to put it in had to do with things coming up in George’s books that we don’t want to spoil [by discussing them].”

While secondly they knew they had Jon Snow’s resurrection coming up and they felt that having too many corpse revivals would “diminish the impact of characters dying.”

And thirdly, the showrunners felt that the Red Wedding was just so impactful in Game of Thrones, that it didn’t need it.

They added: “Catelyn’s last moment was so fantastic, and Michelle is such a great actress, to bring her back as a zombie who doesn’t speak felt like diminishing returns.”

Martin said he pushed for Lady Stoneheart’s inclusion in the show, but still has plans for her in The Winds of Winter and beyond.

Martin said: “Lady Stoneheart. Certainly, in the book I’m writing now that’s an important thread. But as you say, there’s so much there.

“Even with a novel of ordinary size when you adapt it for television or film, it usually involves cutting and simplifying.

“And my books are not books of ordinary length. I mean even A Game of Thrones, which is the smallest of them, is like four regular novels.

“So, there was a lot to do. If we’d included everything in the books, we’d still be on season 1; would have been an eight-year-long season 1.”