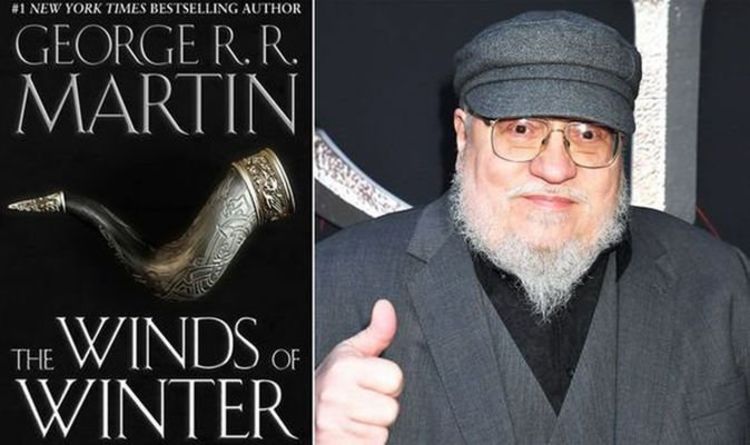 Game of Thrones may be over, but George RR Martin says he really has to focus without distractions to finish The Winds of Winter and A Song of Ice and Fire as a whole. Now in a new interview, the 71-year-old has spoken out on his writing and distraction struggles.

Speaking with the Nerdette podcast, Martin said: “When it’s going well, I live in Westeros.

“I fall through the computer. I wake up thinking of, you know, Tyrion and Arya or Aegon the Conqueror, whoever I’m writing about, and I go to sleep at night thinking about them.

“When I’m driving around, I think about them. And it just fills my life.”

But for this to happen, Martin has to really go out of his way.

READ MORE: Arya will NOT do THIS in A Dream of Spring – It’s impossible

The Game of Thrones creator continued: “In order to achieve this almost Zen state of obsession, I have to push away real life.

“I’ve never been one of those writers. I need to have the whole day just to write, nothing else on my calendar.

“And it’s an odd irony that the very success of Game of Thrones and A Song of Ice and Fire — the popularity of these books has made it harder for me to write these books because the number of interruptions and distractions and other things have increased, doubled and tripled and increased tenfold and a hundredfold.”

The author admitted: “And he’s one of those guys who writes six pages a day come hell or high water, or his cat just got run over or whatever happens, Stephen King writes his six pages a day.

When asked about managing fan expectations, Martin admitted he doesn’t manage them but has “learned to live with them”.

He said: “At a certain point, I gave up trying to manage fan expectations. I just said, well you know, “‘I’m writing it. It’ll be done when it’s done.’

Martin added: “Some days I have good days and I write five, six pages. That’s a great day for me.

“Some days I struggle and barely get half a page done.

“Some days I go in and I look at what I wrote last week and say, ‘This is all terrible!’ And I rip it up and start all over again.”

George RR Martin’s aim is to publish The Winds of Winter by summer 2020.