Game of Thrones: George RR Martin SPEAKS OUT on why The Winds of Winter is taking so long 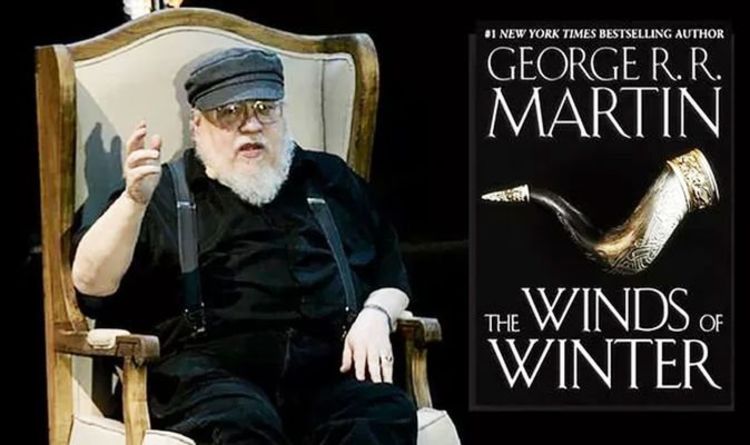 Eights years on from A Dance with Dragons and we’re now post-Game of Thrones, but George RR Martin still has two books to go in A Song of Ice and Fire. Now in a recent interview with WGN Radio, he’s explained why he’s taking so long with The Winds of Winter. The 71-year-old admitted that fame was taking a toll on him as he preferred when he “could just work in quiet obscurity.” Martin said: “I do indeed have millions of people waiting for this book to come out, which is very gratifying.”

“I’m glad they can get so emotionally involved with these characters, but sometimes I yearn for the days when I could just work in quiet obscurity…but those days are gone for me, I’m afraid. This is the reality of my life now.”

Martin also spoke of how he can’t get Westeros out of his head, even when he’s trying to sleep; feeling “haunted” by his creation.

He said: “If my writing is going well, and I’m really ‘in Westeros,’ it does haunt me day and night.

“I’m laying there in bed, I’m waiting to go to sleep, the lights are out, and the scenes that I’m gonna write tomorrow are in my head.

Martin added: “I can’t control it, but something starts filling my head and the characters start coming alive, and I start hearing snatches of dialogue, and I drift to sleep with Westeros and Ice and Fire in my head, haunting me.”

Nevertheless, he feels less stressed in his writing process now that he’s not trying to keep up with Game of Thrones, which overtook his narrative.

He said: “There was a period where the show caught and past me, and I hadn’t anticipated that happening, so there was a tremendous amount of stress on me a few years ago when that was about to happen but hadn’t happened yet, and I was desperately trying to finish Winds and stay ahead.

“And it didn’t work. The amount of stress that was on me at the time slowed me down rather than speeding me up.

“Now that the show’s over, any stress in that regard is done, but of course, we have five successor shows in various stages of development–and one of them’s just finished shooting [the pilot episode] in Northern Ireland and another one’s very close to getting a pilot order.”

Martin added: “I’m involved with those as well. Game of Thrones, that particular story, maybe over on TV, but it’s not over for me–I still have these two more books to write.

“And there’s other stories in the world of Westeros, which is an entire world, and I’m still deeply involved with those. So believe me, there’s plenty to keep me busy.”

Finally, the author wished the success of his stories had come much earlier in life, but he’s still confident he has the energy to finish A Song of Ice and Fire.

The 71-year-old said: “I do sometimes wish it had happened to me 30 years ago, rather than happening to me at my age, because it does kind of wear me out sometimes.