Game of Thrones: Have fans spotted a massive blunder with... 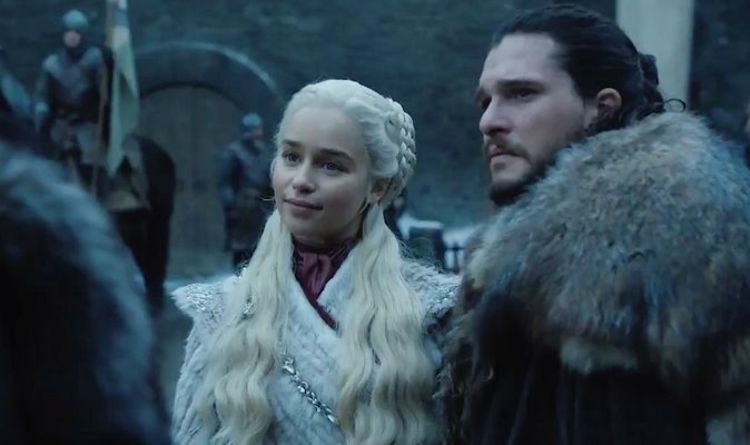 Although many fans of the HBO series claimed the fantasy epic went out on a disappointing note, the previous seasons of Game of Thrones are still well worth watching. However, some episodes’ shady plot details have been unable to escape the watchful eyes of Westeros fanatics.

During the coronavirus pandemic, Game of Thrones could be prime for the next self-isolating bingewatch, as its eight seasons offer just the right combination of escapism and brutal drama

Fantasy fans were captivated all the way to the finale, which may have ended on a rushed note but still drew in millions of viewers worldwide.

With many viewers now faced with the prospect of staying at home and watching endless TV to practice social distancing, a rewatch of Game of Thrones could unearth some of the series’ more confusing plot points.

One fan took to Reddit to discuss an unclear detail with Daenerys’ (played by Emilia Clarke) raid on the Lannister’s convoy into King’s Landing.

READ MORE: Game of Thrones House of the Dragon: Who will play Visenya Targaryen?

Redditor hatrickpatrick posted: “First of all, I imagine I’d be among many GoT fans in saying that The Spoils of War is one of the best, if not the best of all the show’s episodes so far.”

The fourth episode of season seven is regarded as one of the best later episodes of Thrones, and caught the attention of record books by featuring the largest number of stunt performers set on fire in a single shot.

Unfortunately, Dany’s raid on the Lannister’s caravan wasn’t very clear for this viewer.

They continued: “In The Spoils of War, Dany’s crew ambushes the Lannisters as they make their way back to King’s Landing with the Tyrell Gold for the iron bank.

“At some point during Jaime’s subsequent conversation with Cersei, she mentions that “she has the Iron Bank” to back her up.”

Cersei Lannister (Lena Headey) is indebted to the Iron Bank of Braavos, one of the most important financial institutions in the Known World of GoT, but, earlier in the episode, she assures its representative Tycho (Mark Gatiss) her increasing debts will soon be paid.

However, this fan questioned how these loans would be paid back to the Iron Bank if the Lannister’s convoy had just been raided by Dany and her dragon, Drogon.

They continued: “Did I miss something obvious? When Dany obliterated the Lannister convoy, surely she took their gold as well, leaving the Lannisters unable to pay their debts to the Iron Bank?”

Thankfully, some more fans stepped in to quickly rectify this error, confirming all was not lost for the raided Lannisters.

One viewer commented: “It mentions early in The Spoils of War that the gold was at the front, which was already in the city. Dany attacked the rear of the convoy.”

Another fan added: “This isn’t a plot hole. Just before the attack in “The Spoils of War”, there is a conversation between Jamie and the others where it is mentioned that the gold has already made it to King’s Landing.”

It’s a blink-and-you’ll-miss-it line of dialogue, but the episode does confirm the gold is safe and out of reach from Daenerys’ greedy hands.