Game of Thrones Iron Throne shock: Daenerys was DOOMED from the start because she did THIS

OK, so the Iron Blob formerly known as the Iron Throne didn’t actually end up belonging to anyone. Thanks for that, Drogon. But, the point is, Daenerys had lost it (the throne not her mind) long before she decided to flambee Kings Landing. Long before she torched Lannister troops, incinerated Varys, crucified hundred of Great Masters at Mereen or even burned the slavers at Astapor, in fact. And people say there weren’t signs? The reason lies at the heart of Game of Thrones – and is taken straight from Tolkien’s Lord of the Rings. After all, Martin has never hidden his love and reverence for the fantasy masterpiece.

The most evil thing in all of Westeros and beyond was not the Night King or even Daenerys.

It was actually the Iron Throne, which is the Song of Ice and Fire version of the One Ring. This is why it has to be destroyed, melted by Drogon in a blatant parallel to the One Ring in the fires of Mount Doom.

Furthermore, it is not just what the Throne or Ring represent, it is the way each character relates to them which determines their ultimate fate. Daenerys had to die in the end because of the way she saw the Iron Throne and what she was prepared to do to win it.

Tolkien was always very clear everything rests on free will and choice. And so Daenerys’ intentions, which she always believed were pure, doom her.

The minute Daenerys declares “I will take what is mine, with fire and blood!” her doom is already in play. In fact, it was in play all along, rooted in her belief in her right to rule. When she takes the Iron Throne with force and bloodshed, her fate is sealed. 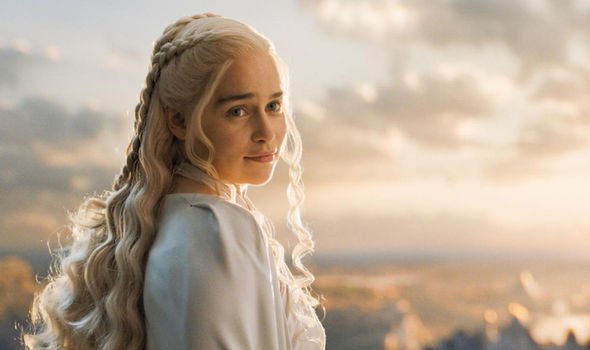 Game of Thrones; Daenerys could learn from Galadriel (Image: HBO ) 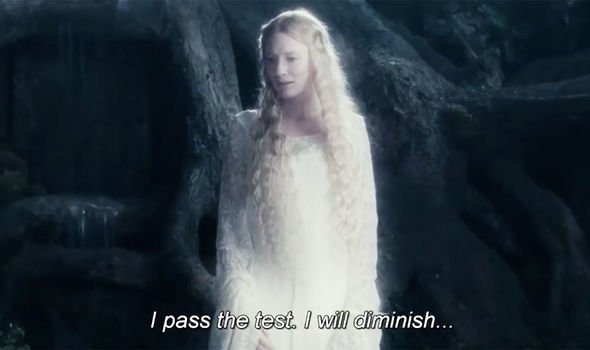 Game of Thrones; Daenerys could learn from Galadriel (Image: WB)

Compare this with Galadriel, when Frodo offers her the ring: “In place of the Dark Lord you will set up a Queen. And I shall not be dark, but beautiful and terrible as the Morning and the Night! Fair as the Sea and the Sun and the Snow upon the Mountain! Dreadful as the Storm and the Lightning! Stronger than the foundations of the earth. All shall love me and despair!”

This could be a description of Daenerys, except the elf queen resists: “I pass the test”, she said. “I will diminish, and go into the West and remain Galadriel.”

Daenerys does not and so she loses herself and, ultimately, her life.

Jon Snow’s constant denial of the throne and his birthright is what saves him.

GAME OF THRONES; GEORGE RR MARTIN TRICKED US WITH THE FIRST AND LAST SCENES OF THE FIRST BOOK 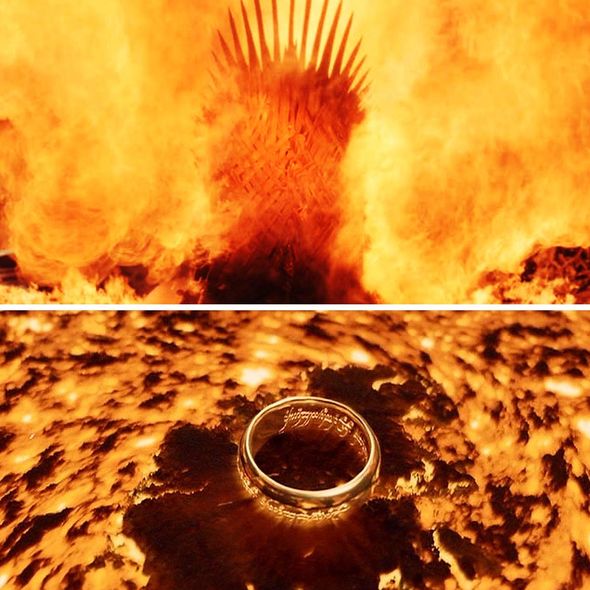 Game of Thrones Lord of the Rings parallels; One Ring and Iron Throne (Image: WB/HBO)

This is seen over and over in Lord of the Rings. Boromir seeks to seize the One Ring to help him become a great leader, powerful enough to save his people and put the world right – just like Daenerys. And so he dies.

His brother Faramir resists: “I would not take this thing, if it lay by the highway. Not were Minas Tirith falling in ruin and I alone could save her, so, using the weapon of the Dark Lord for her good and my glory. No, I do not wish for such triumphs.”

In his Letters, Tolkien wrote: “It was part of the essential deceit of the Ring to fill minds with imaginations of supreme power. But this the Great (Galadriel, Elrond and the Council of the Wise) had well considered and had rejected.”

GAME OF THRONES; THE ONE REASON DAENERYS CAN NEVER BE RESURRECTED 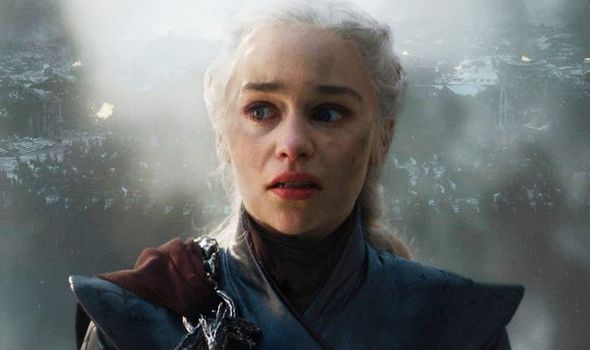 Daenerys’ mind has always been filled with her quest for supreme power. Ultimately, whatever she intended to do with it, however good her intentions, did not matter. The pursuit of power was her doom.

In the Hobbit, Bilbo takes the ring but it is how he did it which allows him to live so long with the ring and not be corrupted.

Gandalf tells Frodo: “It was Pity that stayed his hand. Pity, and Mercy: not to strike without need. And he has been well rewarded, Frodo. Be sure that he took so little hurt from the evil, and escaped in the end, because he began his ownership of the Ring so. With Pity.”

Daenerys is motivated by pity for the slaves and poor, but her methods to help them are rooted in seizing power. In George RR Martin’s morality play, she has lost before she has even begun. 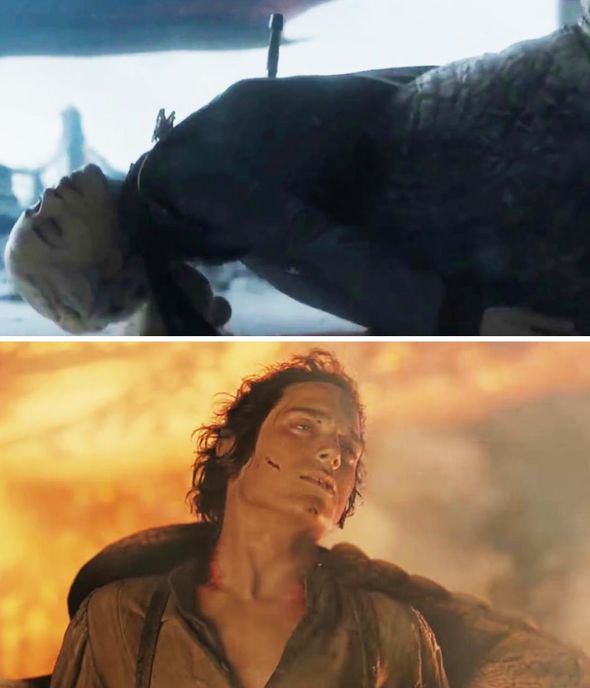 Game of Thrones Lord of the Rings parallels: Frodo and Daenerys (Image: WB/HBO)

Frodo starts out well, telling Gandalf: “‘I must keep the Ring and guard it, at least for the present, whatever it may do to me.’ ‘Whatever it may do, it will be slow, slow to evil if you keep it with that purpose,’ said Gandalf.”

But when he finally claims it for his own at Mount Doom, he should have died. It was only Gollum’s even greater corruption which tipped the situation and Frodo was granted Mercy by the Gods and survived.

Daenerys could see no way to do what she believed it was her destiny to do without the Iron Throne.

Absolute power corrupts absolutely, and in Westeros and Middle Earth it guarantees your death.