Game of Thrones: Jaime and Cersei Lannister’s death was revealed... 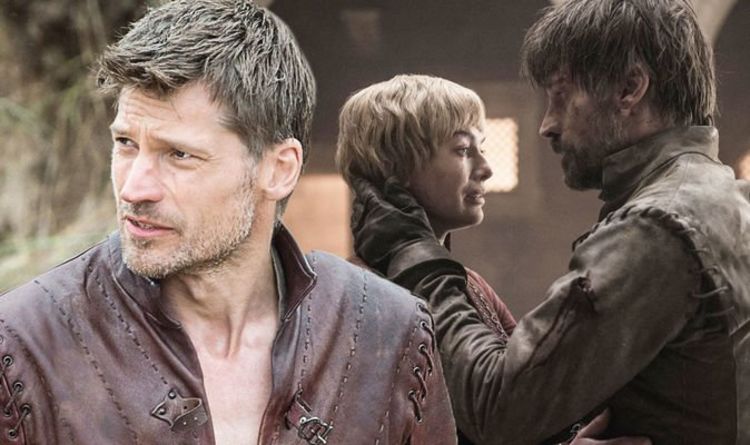 The eighth and final season of Game of Thrones, it’s fair to say, certainly left fans around the globe divided. Arguably no scene more so than the deaths of siblings and lovers Jaime (played by Nikolaj Coster Waldau) and Cersei Lannister (Lena Headey) underneath the Red Keep. While hoards of fans were prompting a much more brutal death for the pair, a scene between Jaime and Bronn (Jerome Flynn) suggests they shouldn’t have.

Jaime and Cersei’s death left HBO and Sky Atlantic viewers rather underwhelmed when it came to fruition in the fifth episode of season eight.

Following the destruction of King’s Landing at the hands of Daenerys Targaryen (Emilia Clarke), Cersei fought to find shelter in the Red Keep.

At the same time, Jaime battled the wilderness and a conveniently placed Euron Greyjoy (Pilou Asbaek) to reunite with his sibling.

As they embraced in what was inevitably their final moments together, they headed beneath the building in the hopes of escape.

The happy ending wasn’t to be for the Lannister pair, however, as the damage done by Drogon caused the building to collapse on top of them.

Their deaths were confirmed in the finale as an emotionally drained Tyrion (Peter Dinklage) uncovered their bodies once the war had ended.

Jaime and Cersei’s death left a sour taste in the mouths of plenty of Game of Thrones viewers but one eagle-eyed fan has pointed out it should’ve been expected.

The scene in question came in the fourth episode of season five, titled Sons of the Harpy.

Another reddit user wasn’t entirely convinced, however, the line was enough to ‘confirm’ he would die in Cersei’s arms.

The fan replied to the thread: “It’s a line I thought about quite often throughout the rest of the series after it was said because there was much debate over whom he was truly referring to.

“For many, ‘the woman I love’ was of course and most obviously Cersei. But for some, it could have just as easily been Brienne (Gwendoline Christie), even though Jaime himself most likely didn’t even consciously realise it at the moment.

“So even right up to those very last episodes, I was still juggling between the two and weighing which I thought would finally win this long debate that was always in the back of my mind ever since that scene.”